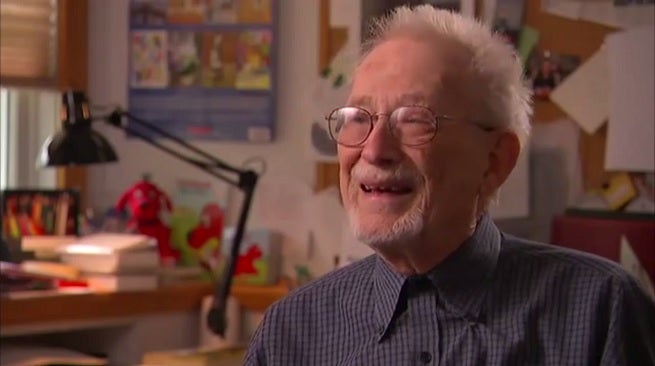 Norman Bridwell, creator of Clifford the Big Red Dog, has died, according to Scholastic's On Our Minds blog. He was 86.

“Norman Bridwell’s books about Clifford, childhood’s most loveable dog, could only have been written by a gentle man with a great sense of humor,” said Dick Robinson, Scholastic Chairman, President and CEO. “Norman personified the values that we as parents and educators hope to communicate to our children – kindness, compassion, helpfulness, gratitude – through the Clifford stories which have been loved for more than fifty years.”

Bridwell created the character of Clifford in 1963 and went on to write and illustrate more than 150 titles, all published by Scholastic, with 129 million books in print in 13 languages.

You can see a short video via Scholastic's YouTube page below, speaking with Bridwell and others in 2013 about the character's 50th anniversary.

In 2000, the character made his television debut on PBS Kids and the animated series quickly became one of the network’s biggest children’s hits. In the context of the show, Clifford lived on "Birdwell Island," a wink-and-a-nod reference to Bridwell. The show ended in 2003 when the voice of Clifford, sitcom legend John Ritter, passed away.

(At Comic Con this year, we spoke with The Flash's Tom Cavanagh, who talked about working with Ritter and celebrating his life on Scrubs.)

2004 saw the release of Clifford's Really Big Movie, recorded before Ritter's death but not completed and released until the following year. A live-action/CGI-blended feature film based on the concept is reportedly in development.

Norman Bridwell is survived by his wife, Norma, their daughter, Emily Elizabeth, son, Timothy, and three grandchildren. Before his death, Bridwell had completed two more Clifford books which will be released in 2015:Clifford Goes to Kindergarten in May and Clifford Celebrates Hanukkah in October.