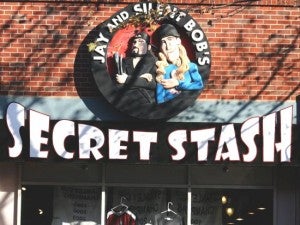 While not located directly on the Navesink River, the Secret Stash is only a couple streets away from part of the river. Fortunately, it looks like the Secret Stash was not one of the businesses affected by the flooding from the superstorm.