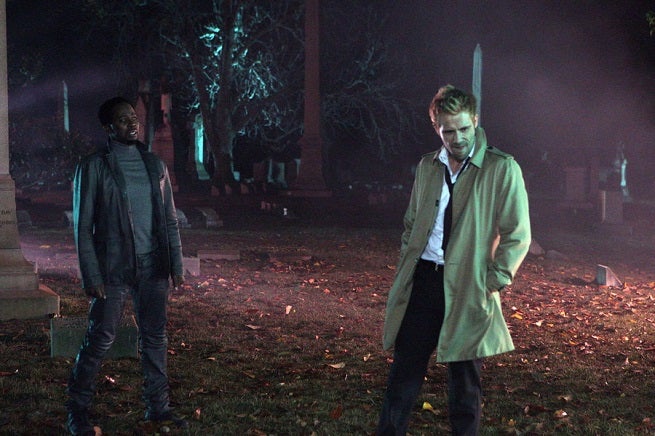 NBC, still keen on the ratings-challenged Constantine and reportedly hoping to figure out a way to keep it alive, will make no decision on the series until May, according to a tweet from showrunner Daniel Cerone.

When the series failed to receive a back nine order, many fans and media outlets wrote it off as dead in the water, but NBC continued to air the remaining episodes, in prime time, on its scheduled night. Many cancelled shows don't get that kind of treatment, with their "burn off" episodes relegated to any open hole in the schedule, or never aired at all.

.@Dragonpiece NBC made some early pickups but #Constantine not canceled. We'll pitch them our plans for 2nd season in May. Then they decide.

Asked what shape that pitch might take -- whether it would involve just one all-in approach or more than one -- Cerone said it was too early to say.

"Writers will meet and discuss," he told a fan. "Wherever we go, [though], our hope would be to embrace serialization."

He advised fans wanting to do their part that they should stream the available episodes. Currently the five last ones are free to watch on Hulu and the NBC site, though Cerone says he's working to make the full season free to watch. He said that everything including on-demand, iTunes and Amazon purchases and free streaming is good for the show as it might make it more attractive, either to NBC or to any potential buyer should NBC pass on the pitch in May.

Cerone has said consistently that the show, based on the Hellblazer comics from DC/Vertigo, isn't dead yet, that the network likes it, and he has generally declined to speculate about a potential future for the show beyond NBC, saying that the show is at home on the network until it isn't anymore.

Constantine Not Canceled, Decision On Second Season To Be Made In May