DC in the 1990s: best known for killing icons, garish costumes, harpoon hands, brutal chiropractic practices and Kingdom Come. Week 2 of DC’s Convergence event focuses exclusively on the decade that comic fans either love or love to forget. So lets throw on some Nirvana and pay our respects to the 90s with five of the most extreme, dramatic status quo shifts that DC pushed during this time period. 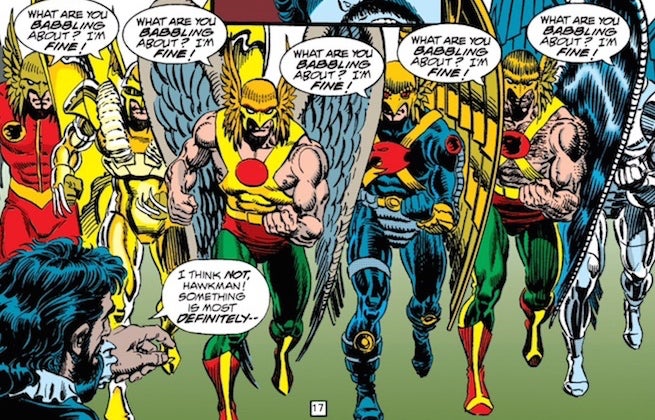 5. A Crisis With Crisis

Destroying a Multiverse is harder than it looks. Back in 1985, the iconic Crisis on the Infinite Earths story sought to “streamline”  DC’s creative inconsistencies by eradicating their parallel worlds and rebooting their flagship series with definitive origin stories. Unfortunately, for all of Crisis’s death and destruction, there were still multiple versions of characters running around (like Hawkman), so Zero Hour: Crisis in Time was published to unify those inconsistent timelines. Sounds easy enough … but there were still some continuity issues following Zero Hour’s release, including a question as to who the “real” Hawkman was —seriously, how did DC not know who Hawkman was? In Zero Hour’s wake, DC also launched a wave of new books designed to capitalize on its simpler timeline. Sadly, most of those series failed except one: James Robinson’s Starman, which kicked off the warmly-embraced trend of new stories that mined nostalgic content from the Golden Age. 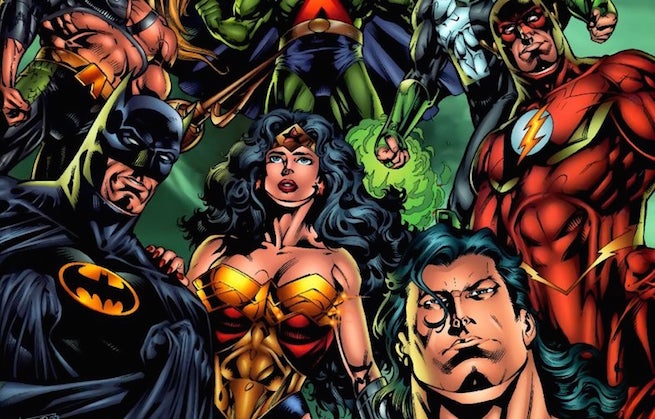 4. Playing the KISS Game with the JLA

Sometimes the most dramatic status quo changes are the simplest and most obvious. DC’s decision to pair off rising star writer Grant Morrison with its premier super-team, the Justice League, in 1997 made the JLA matter again and set the template for how DC would treat the superteam moving forward. Gone were the splinter teams and the second-rate rosters in favor of one, iconic League comprised of DC’s greatest heroes: Superman, Batman, Wonder Woman, Flash, Green Lantern, Aquaman and Martian Manhunter (aka, the original Silver Age Justice League lineup).

Critics and fans praised JLA for its “back to basics” approach to the team and they voted with their wallets, making it one of DC’s best-selling titles in the late 90s. Hindsight being 20/20, it seems obvious that after ham-fisted deaths and character upheavals, fans would flock to good old-fashioned superhero comics. 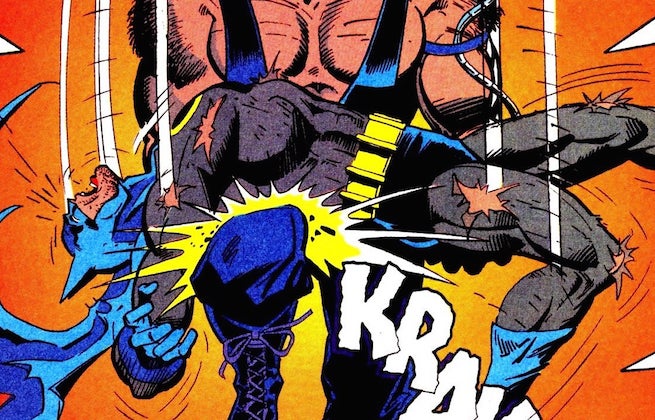 Years before he sounded like a Scotsman ordering a cheeseburger at a drive-thru window, Batman villain Bane snapped the Dark Knight’s status quo in two when he “broke the bat”'s back and put Bruce Wayne on the shelf. Beyond the iconic visual of Bane shattering Batman’s spine across his knee (later referenced in The Dark Knight Rises), the “Knightfall” storyline also ushered in the era of AzBat, aka Jean-Paul Valley/Azrael’s stint as the new Caped Crusader. With Azrael, readers got a Darker Knight who outfitted the traditional Batman costume with spikes, leg-pouches, flamethrowers and other 90s-ified goodies. But in retrospect, readers weren’t supposed to like Azrael. As the AzBat era unfolded it became clear that DC was actually making a statement about the “extreme” nature of comics during the 90s. By comparing a nut like Azrael to the more traditional, tamer methods of Bruce, DC proved that less is more in superhero storytelling. 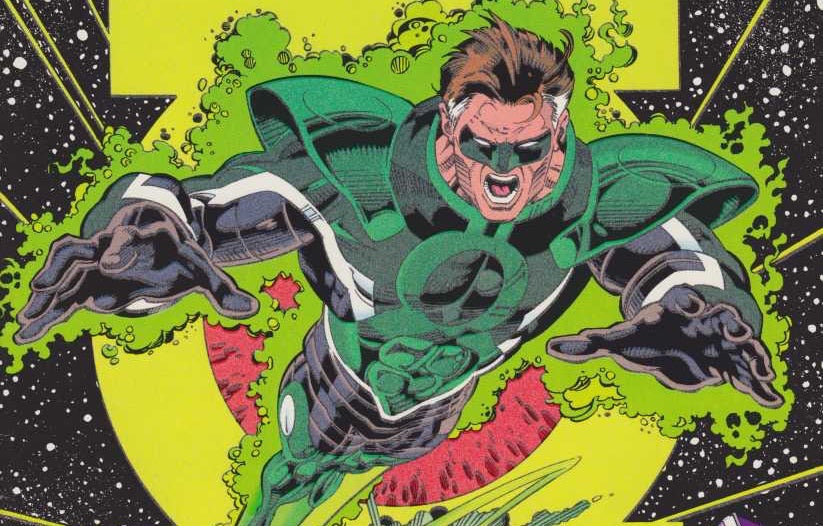 Oh, Hal Joran. We later learn that the space-bug made you do it, but just the thought of your epic heel turn and destruction of the Green Lantern universe is upsetting all the same. During the “Emerald Twilight” storyline, Hal is admonished  by the Guardians for using his power ring for personal gain and rebuilding his decimated hometown, Coast City. Blinded by rage and sorrow, Hal decides he’s finally had enough of the Green Lantern Crops.' arbitrary regulations and drains the energy from Oa's Central Power Battery. But why stop there? He then murders most of the Green Lantern Corps., snaps the neck of his arch-nemesis, Sinestro, and reinvents himself as the villain Parallax. The dream is done. It’s the end of Green Lantern comics. What a run! Sorry you lost your mind, Hal.

Well, that’s not actually true. Enter Kyle Rayner, the new Green Lantern. DC appointed the newcomer as their de-facto Green Lantern for more than a decade (though Hal would eventually leave the Parallax identity behind in favor of becoming the new Spectre). Fast forward to 2005, when writer Geoff Johns retconned “Emerald Twilight” (creating the idea that a parasitic entity/bug turned Hal evil), put Jordan back in the saddle and kicked off a modern revival of Green Lantern comics. 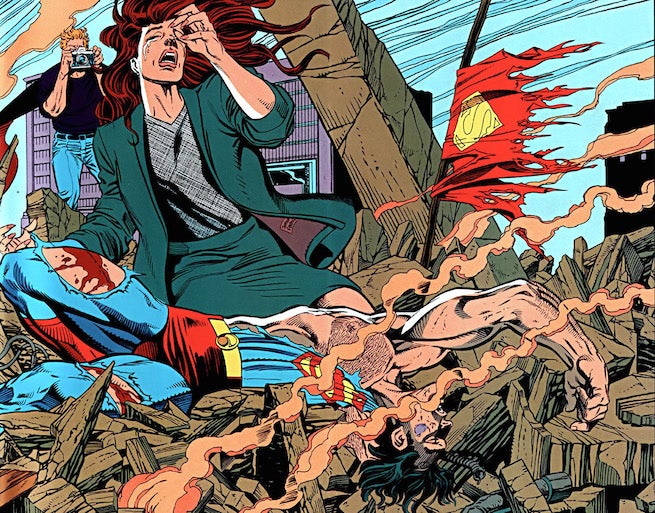 The Death of Superman. No big whoop.

Actually, it was probably one of the most important comic book stories published since the Silver Age. The death of an icon like Superman was simply unheard of until DC pulled the trigger in 1993. Superman #75, which depicts the Man of Steel’s death, sent people into a frenzy upon its release. Some people bought multiple copies of the black polybagged issue in hopes it would become a collector’s item and exponentially increase in value. It didn’t, leading some industry experts to cite the comic as the first tremor in the collector-speculator bubble burst — an event that nearly destroyed comic books in the late 90s.

Supe’s death also spawned a bunch of similarly-themed stories involving the death/replacement of flagship heroes like Batman (see No. 3), Green Lantern (see No. 2), Spider-Man (“Clone Saga”) and Iron Man (“The Crossing”). Look around comics today, and this is one trend that hasn’t dissipated. You can thank “Death of Superman” if you’re a fan of Superior Spider-Man, Grant Morrison’s Batman and Robin, or The Death of Wolverine.

But beyond its industry impact, “The Death of Superman” had a significant effect on DC stories and its larger status quo. The “Reign of the Supermen” arc, which followed Supe’s death, is a fan favorite and influential in its own right.

You just don’t get bigger, more dramatic status quo shifts than “Death of Superman.” Regardless of how things turn out in Batman’s “Endgame” arc, or in Marvel’s Secret Wars, any seismic shifts from these stories are ultimately imitators of the “Death of Superman’s” profound impact on comics.

What are your favorite moments from DC shake-ups? Sound of in the comments below.

WandaVision Fans Falling in Love With Avengers: Age of Ultron All Over Again