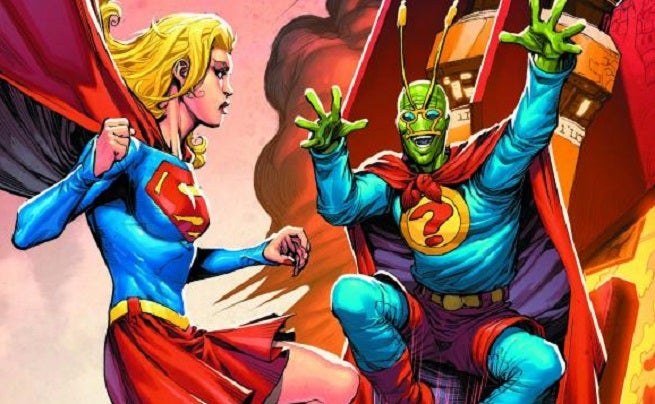 Keith Giffen says nobody wanted to do the Convergence: Supergirl: Matrix series.

The writer, whose comic will also feature Ambush Bug and Lady Quark, told ComicBook.com twice in the span of a short e-mail interview that he took on these characters mostly because nobody else wanted them, and Giffen told DC Comics co-publisher Dan DiDio to just throw him whatever assignment fit that decscription.

That goes double for Giffen's former Annihilation Conquest: Star-Lord collaborator Timothy Green II who, Giffen says, came on board when the previous artist chosen for the book didn't work out and Green completed another project early enough to avoid an expected scheduling conflict.

So, what kind of comic comes out of three characters with no apparent relationship to one another -- the solicitation text for the first issue is "What do Supergirl, Lady Quark, and Ambush Bug have in common? Well...nothing, really. But that doesn’t stop them from appearing in this story together. You are SO welcome." -- and a creative team who never expected to be there? Giffen and Green joined us to talk about that very question. 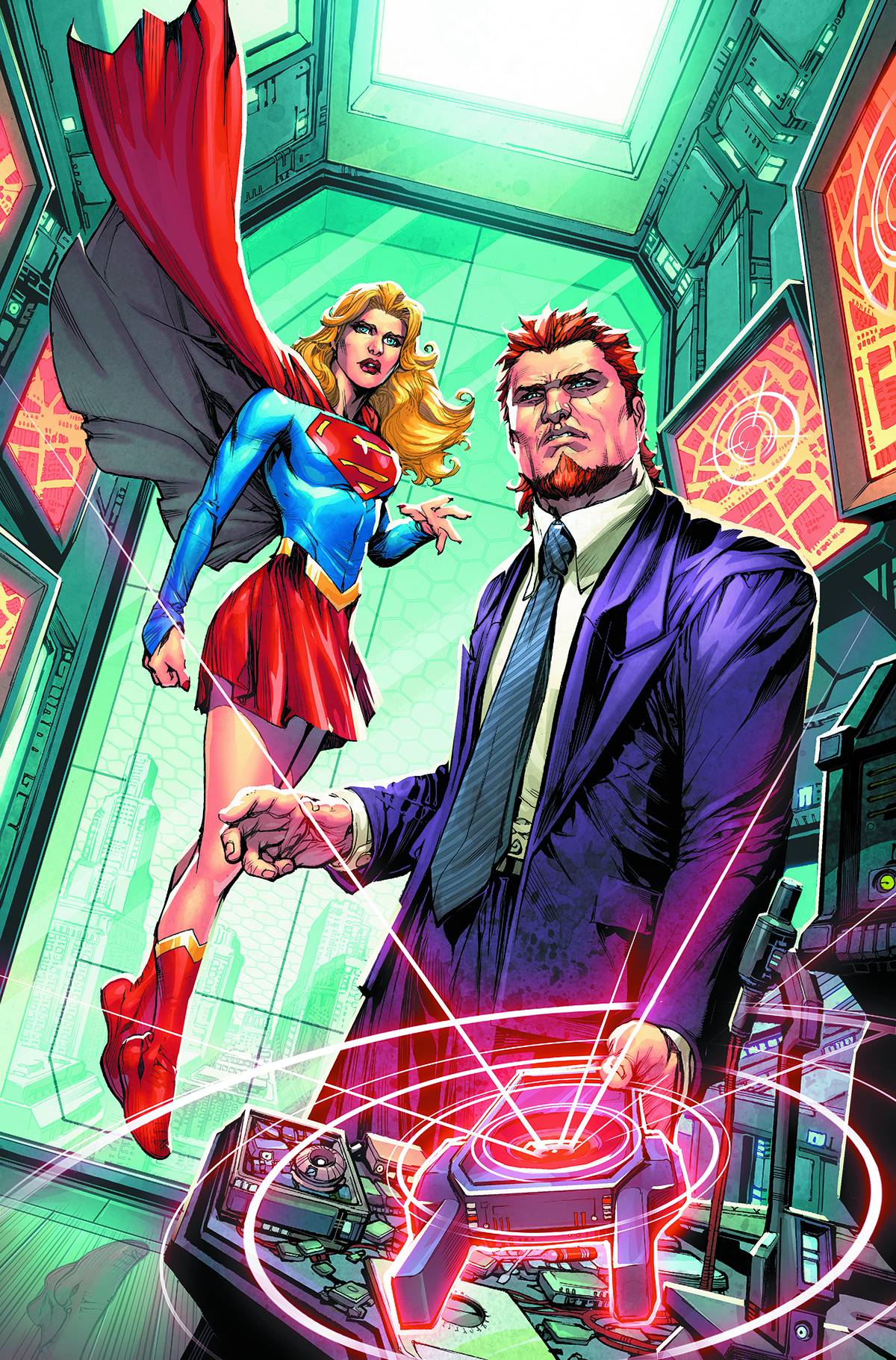 Certainly, with you writing and Ambush Bug appearing, this sounds like a book that will have a hefty dose of comic relief. Is that a fair assessment?

Keith Giffen: Fair enough. But come on… with a silly putty Supergirl, a butch Lady Quark and a Lord Volt who echoes Michelle Bachman’s husband, what were you expecting?

What was your first reaction when they came to you about Convergence? Getting pitched the concept before all the rumors started must have been a little crazy.

Timothy Green II: I got a call from Keith and he started running through the story. It was just so funny and wild I couldn’t wait to get started.

You guys worked on the Annihilation Conquest: Star-Lord book when you were over at Marvel cosmic. Is it fair to assume that’s why you gravitated to him for this project?

Actually, the first artist assigned didn’t work out and Tim wrapped up his work on the other project he was doing and… y’know. Stuff happens. 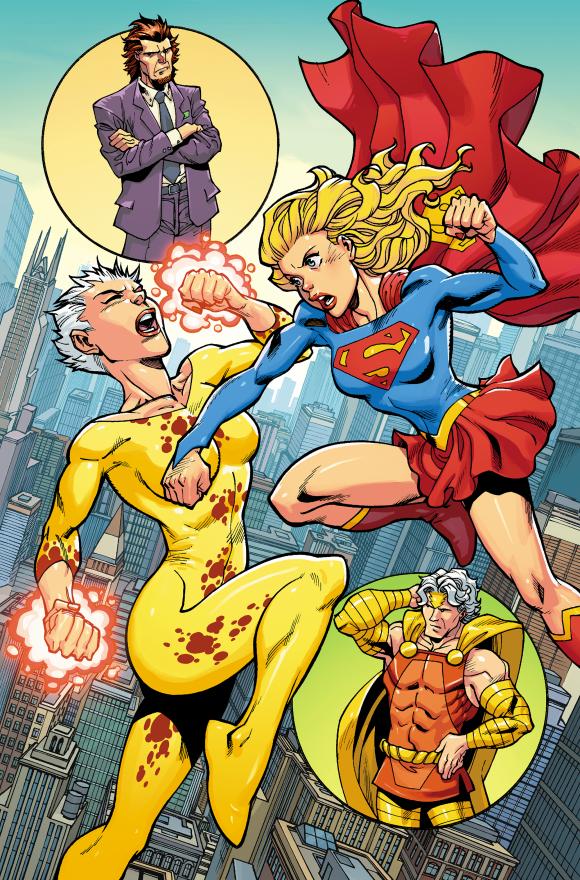 Timothy, your career in comics actually started after the period portrayed in this book was already over. Did it require a lot of research to go back and get people on-model?

Green: Yes, but fortunately they gave me loads of reference material.

Your first work wasn’t in American superhero comics. Did you read this stuff growing up?

Green: Yes, growing up I loved superhero comics. Spent most of my time trying to draw my own. It wasn’t until after high school that I discovered Moebius and drastically altered my style. Though I still love superhero comics today.

This was a weird time for Lady Quark. Is the version in your story the real deal or a shape-shifting imposter?

Giffen: This is the second time the shape-shifting imposter’s come up and I really wish I’d known about that…iteration of the character before starting in. I had no idea such a being existed. 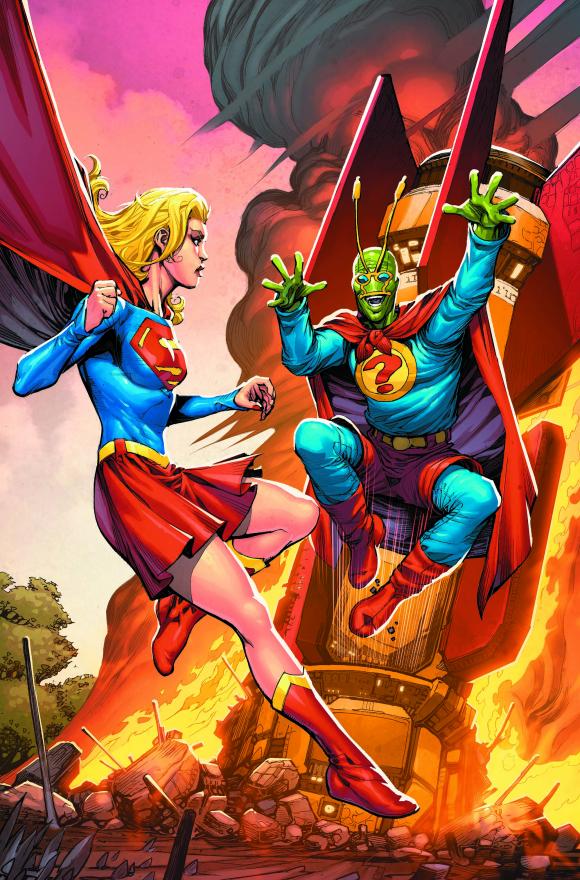 Lady Quark is a character very closely associated with these Crisis-level events, but who didn’t really play a role in Zero Hour that I can remember. Was it mostly just important to include her in Convergence or do you have something era-specific you wanted to do with her?

Giffen: She was… ahh… assigned to me when I told DiDio to just give me the characters no one else wanted. Really.

Matrix is one of the characters we haven’t seen in a while -- really since well before Flashpoint. What’s the attraction of working with her at this relatively early point in her history?

Giffen: Assigned…DiDio…no one else wanted…

I really wish there was some big, important, cosmic meaning behind my getting the characters but they were just assigned to me and I ran with them.

What role will Lex Luthor II play in all of this?

Giffen: Y’know… before all of this I had no idea there was a Lex Luthor II. Okay…that probably answered that question… 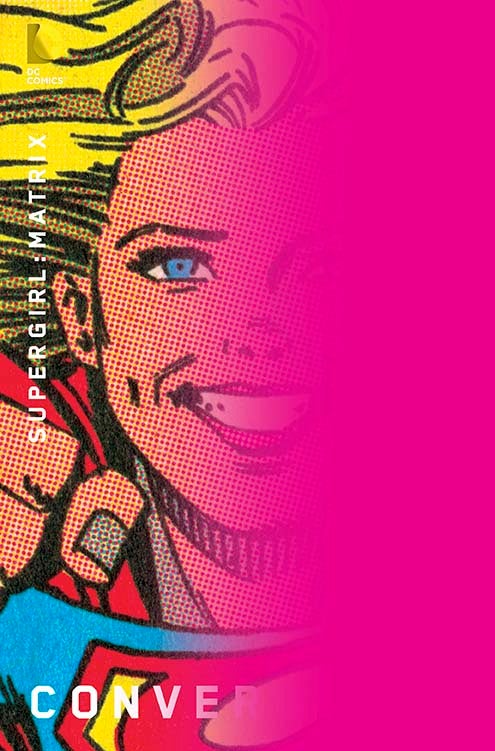 Whose call was it to update Aussie Lex’s facial hair, as seen on the Porter cover?

Green: I’m not exactly sure, though I think it was Porter. He’s a very talented artist, I’m glad that he’s doing the cover.

We’ve seen art of Matrix and Lady Quark going at it -- where does Ambush Bug stand?

Giffen: Well out of the way. Debris is always a concern.

Is Ambush Bug the oddest character you’ve ever drawn in a mainstream superhero comic?

Green: Definitely! He’s such a great character though- I’m so excited to be drawing him. I’ve been going through all the old issues- fun stuff.

Are the News 52 bits going to be canonical here, or do we have more than one Ambush Bug floating around?

Giffen: I have no idea. This is, to all intents and purposes, my “adios” to Ambush Bug. All I can do is hope whoever picks him up next doesn’t do too much damage. Although…looking at the writing slate…