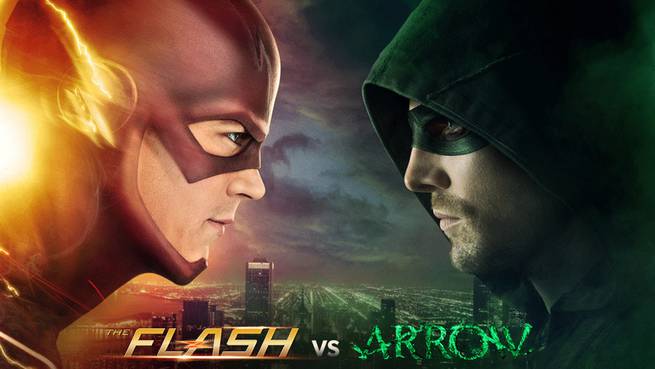 The Brave and the Bold are returning to DC's Television Universe this winter and, well, every winter.

As CW President Mark Pedowitz confirmed at today's Upfront event, The Flash and Arrow will always have a crossover event in the winter months of their respective seasons. While many assumed that this was a given, The CW strayed from confirming the team-up as an annual event—until now.

"The crossover was so successful, we will be making it a special event in fourth quarter every year," Mark Pedowitz said.

Last year's Arrow/Flash crossover event, "Flash Vs. Arrow" and "The Brave and The Bold," did gangbusters for the CW, winning the hearts of many fans and scoring some serious ratings for The CW.

So, here's to another team-up between the Scarlet Speedster and Emerald Archer. With any luck, maybe The CW will up the ante and throw some superheroes from Legends of Tomorrow in as well.