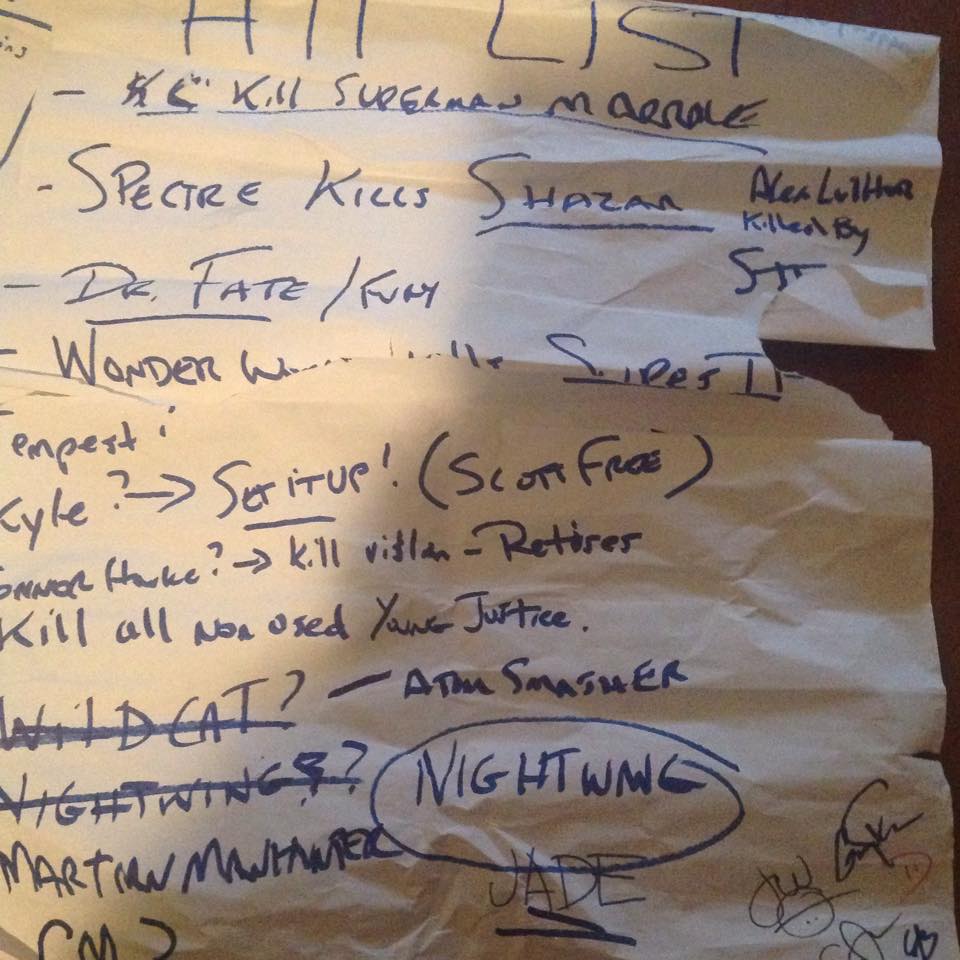 Could Infinite Crisis have killed the Superman/Lois Lane marriage years before The New 52 ever happened?

That's what it kind of looks like, based on the image above. It's the Infinite Crisis "hit list," courtesy of DC co-publisher Dan DiDio, who has been sharing a number of anecdotes about his early days at the publisher on Facebook recently. In this instance, he found the "hit list," as well as a number of whiteboards with an Infinite Crisis timeline, while cleaning up...and discovered that he had misremembered some of the details of earlier stories he'd told.

"It seems that life needs to imitate art as I have to retcon my last posting slightly," DiDio joked, and shared the images. 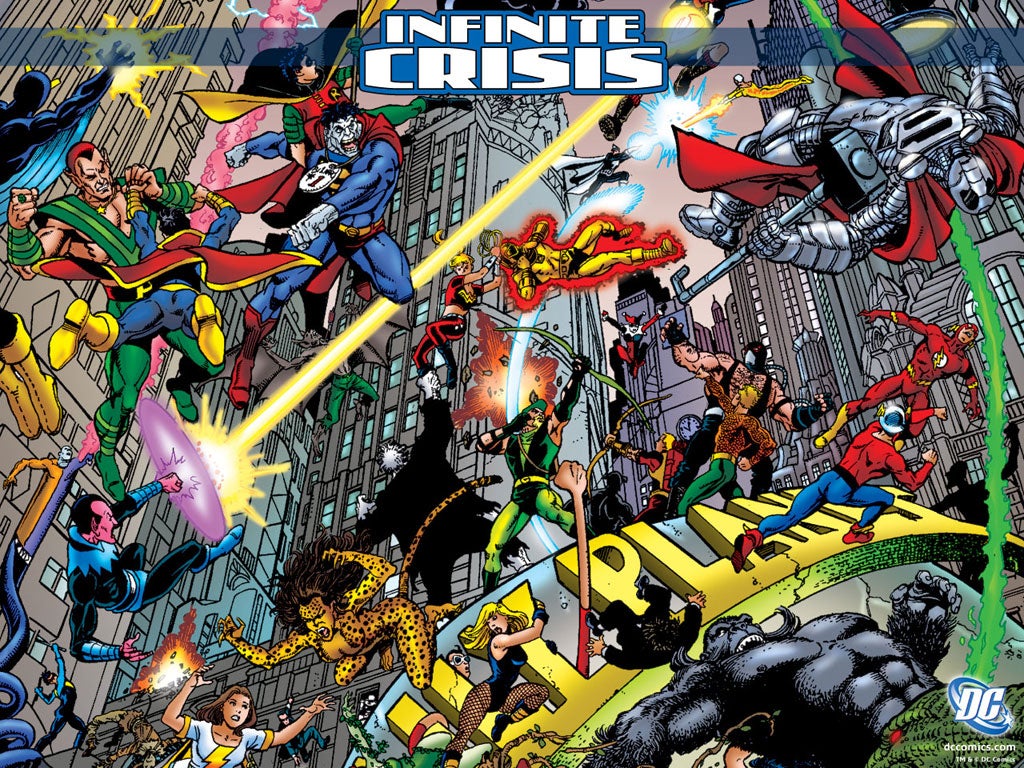 Perhaps most interesting about the "hit list" document is how wildly different it ended up being from the final death toll. Nightwing, whose name is written down, crossed off and then written again and circled, obviously never died -- and that DiDio intended to kill him is fairly well-known. Other plot developments that  never came to pass include "Superman II," presumably Kal-L, the Superman of Earth-2 and therefore DC's first superhero -- killing Alexander Luthor and being killed by Wonder Woman.

In the final comic, he died battling Superboy Prime and The Joker killed Alexander Luthor after the story had concluded.

Also included "Kill all non used Young Justice." This didn't happen, per se, although both the Titans and the Freedom Fighters suffered big losses in the storyline, with the Freedom Fighters arguably falling into the category of having all but their most popular and marketable members killed.

But up top -- does that say "Kill Superman marriage?" That's sure what it looks like...!