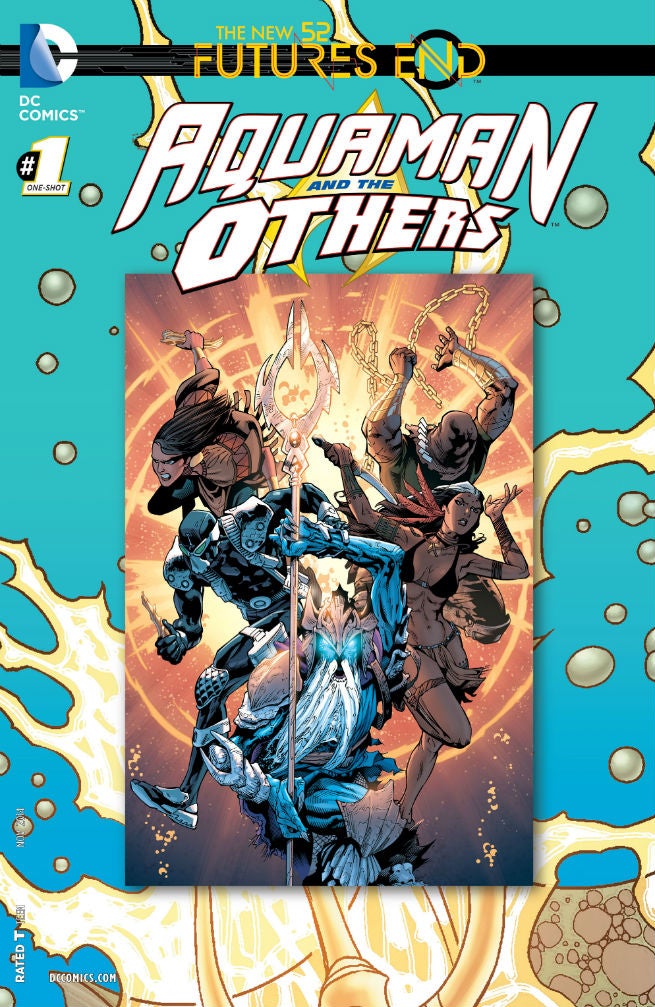 Dan Jurgens, a co-writer on The New 52: Futures End, is the writer on Aquaman and the Others, and has made the young series one of the monthly DC Comics titles most closely tied to Futures End even before last week's one-shot that explored the impact of that dark future on the characters directly.

The result? A look at what makes Arthur a great leader, both of The Others and Atlantis.

Jurgens joined us to talk about the book. If you haven't read it yet, buy a copy at comiXology and read along. 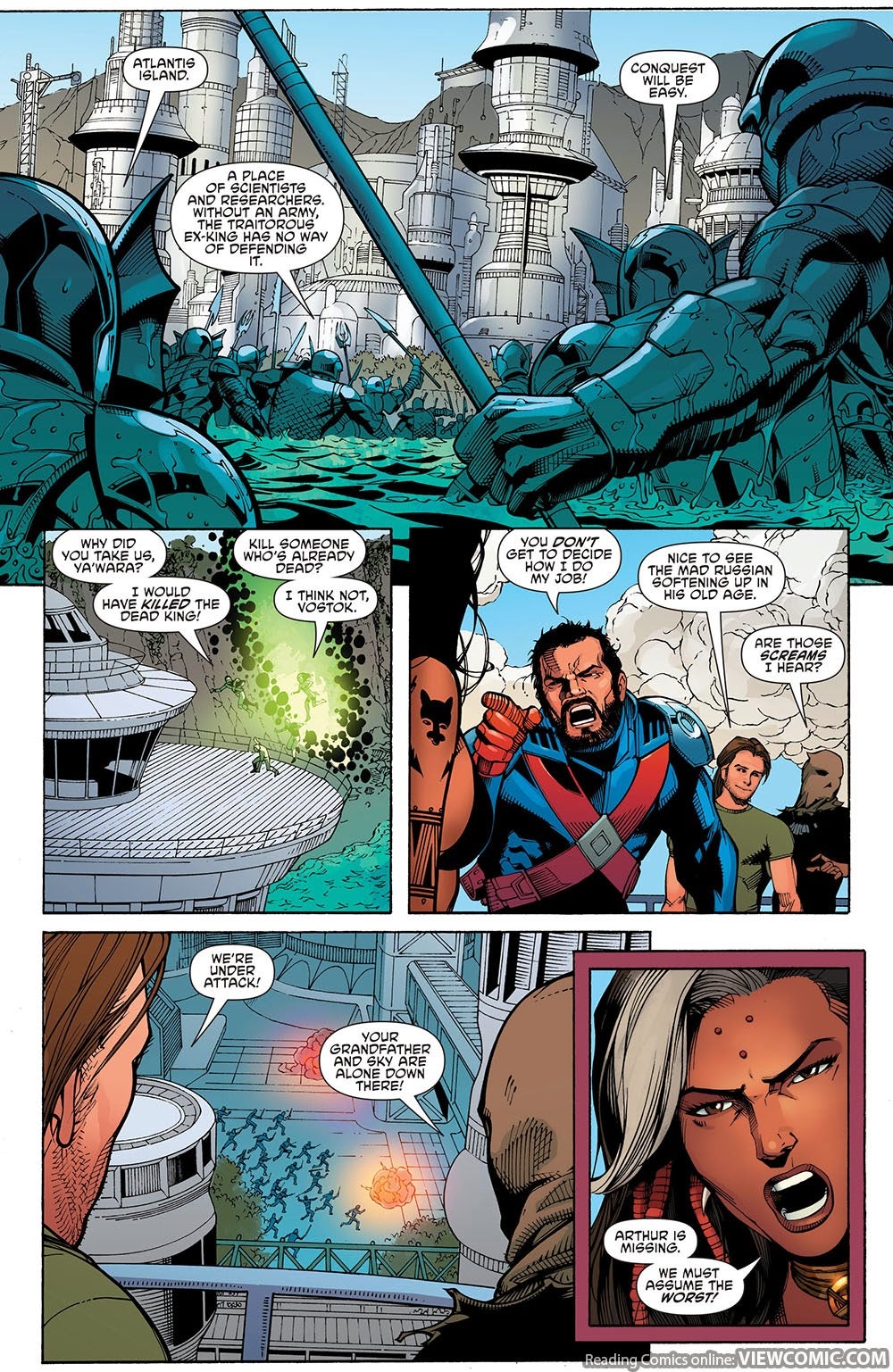 More of a high capability vessel.

When combined with the vehicles it carries, the Others have the ability to go wherever they're needed. And it gives Aquaman the access he needs to Atlantis.

Has there ever been a surface presence for Atlantis that didn't lead to near-immediate disaster?

Atlantis and the surface world do seem to have their perpetual problems, don't they?

But I'd say this story was more about solving all that.

Not really a question but an observation: Hey, look! There's an editor's note explaining where an important piece of information came from! I thought those had gone away and I miss them!

You know, I have a very firm conviction that we as an industry have simply built too many accessibility barriers into our product.

We've made it much more difficult than it has to be for new readers to buy, understand and enjoy our comics.

The old tricks of editorial notes and such were there for a reason. It works. It informs.

I've read comics for quite a long time and I am incredibly put off by how many titles I now try to read, which are almost incomprehensible. Characters aren't listed by name, situations and conflict aren't clearly explained and there's just a general lack of craft overall. 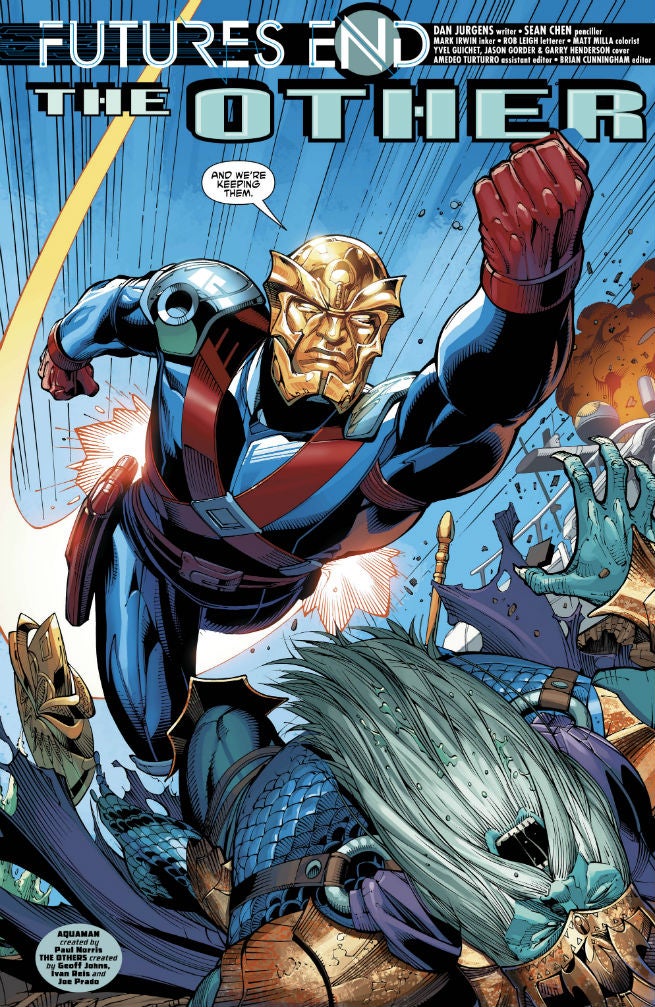 Is it hard writing a conflict where one side is clearly right and the other clearly in denial? We had this whole conversation about what total destruction of the surface would do to Atlantis back during Kingdom Come, didn't we?

In this case, Atlantis clearly blames the surface world for bringing the conflict, in the form of the Apokolips attack, to earth in the first place.

Just as many surface dwellers and nations blame those who came from Earth 2.

Are we to take it that Aquaman and Ya'Wara actually had an affair in the five years between now and then, or just that Mera spent the whole five years being jealous and miserable?

You're to take it this way:

In many ways, Futures End isn't about the war specifically, but about those changes that came later.

It's safe to assume that the war forced Aquaman, Mera and Ya'Wara into situations that led to one relationship starting while another failed.

That said, this is the first time we've seen Mera in Aquaman & The Others. She's a great, strong character and here, she's not really herself. Do you look forward to getting to do a little more "real" or "standard" Mera in the months to come?

As a matter of fact, yes.

Mera shows up in [this week's] Aquaman and the Others #6, by the way.

In addition, I reject the notion that she's not really herself here.

Given the situation that developed over five years, I think she's very much herself.

This is one of the few times I've seen Arthur really have to stand up and be kind of political. Not that you took on a particular issue, just that he has to deliver a rousing speech and rally people to his cause. Do you think there's a reason so many people avoid actually showing him doing anything that looks like governing, or is it just that governing is usually kind of dull?

Well, governing, in and of itself, really isn't that dramatic.

But he's a leader and I think it's quite appropriate and important to show him in that role.

I like the idea of Aaron as "The Other" as that kind of goal that we'll never attain down the road of "if these characters ever got a happily ever after..." Will we start to see him nosing toward a more active role in the team book in the meantime?

That depends on what happens over the next five years!