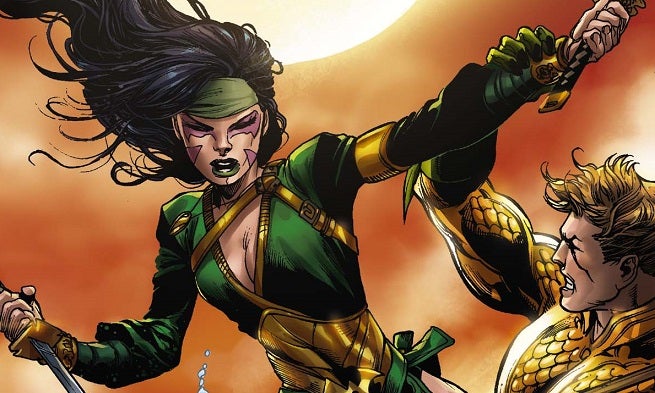 Last week saw the penultimate issue of Dan Jurgens and Lan Medina's DC Comics series Aquaman and the Others, putting the players on the board for a big showdown with KGBeast, Cheshire and their team Mayhem in March's finale.

Meanwhile, Jurgens' other big project, The New 52: Futures End, featured a cameo appearance by Vostok, a member of The Others whose allegiance isn't entirely clear this issue...but who seems to be on the right track. Five years from now, he'll be a member of the Justice League.

Jurgens joined us to talk about the issue.

Reminder: This is a spoiler-filled postgame interview. If you haven't read Aquaman and the Others #10 yet, go buy one and read along with us. 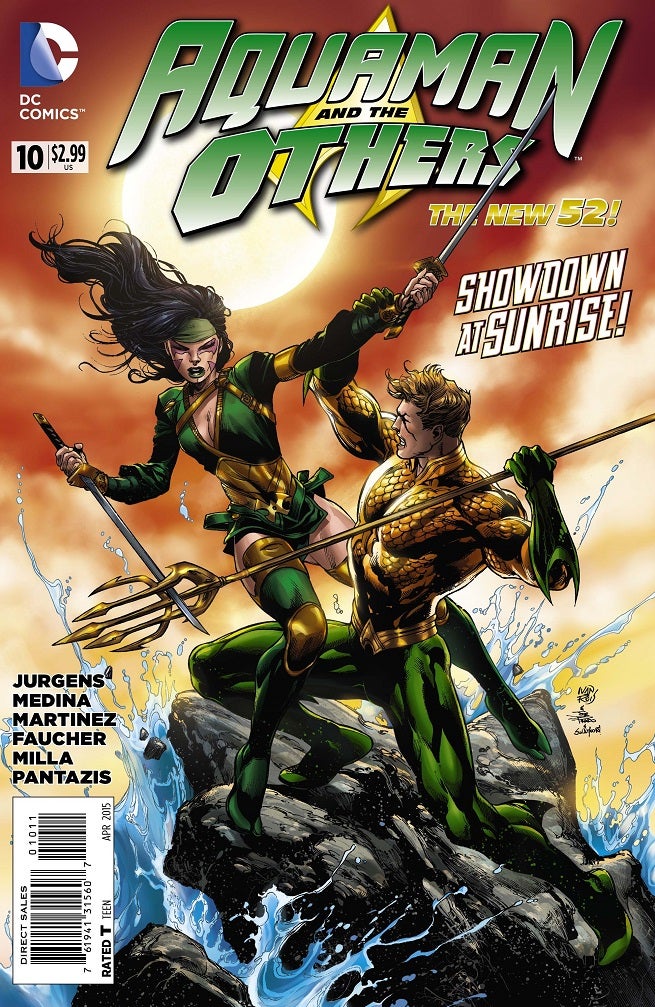 "If the bullet didn't kill her, the ocean will" seems like the kind of thing somebody says who doesn't realize Aquaman is like 8 feet away. Is that part of why that didn't come from one of the more experienced bad guys?

Two reasons, that being one of them.

The other? At that point, Korec truly believes he's put one over on the entire team. He doesn't suspect they're on to him. It's not like we see Aquaman or Mera standing nearby.

What's the hardest part about giving a character like Vostok a backstory? Do you worry about losing some of the mystery that makes him appealing?

What we did is give him some foundation and explain why Vostok II is different than Vostok I.

There is still all sorts of room for some appropriate background story to be told, just as there would be for any character.

I can't help but notice he's the only member of The Others to appear in Futures End this week. Is he a favorite of yours to write?

I don't know if I'd go so far as to say THE favorite, but certainly A favorite. Way back when we were in the early stages of putting Futures End together, I told Jeff Lemire, who wrote those sequences, that Vostok would have come around to be a JL member by that point.

I kind of love the fact that Maelstrom has a name like "Maelstrom" and looks like a yoga instructor. Was subversion of expectations part of the decision to not make her ugly, monstrous, armored or otherwise Maelstrom-y?

I like counterpoint type visuals at times. Sort of like calling the biggest guy on the team "Little John".

I like the fact that Mera's biggest moment so far is in support of Ya'Wara, with whom she's had so much tension throughout the series. I think that worked well. Did you know all along that's what you were building to, or was it a storytelling opportunity that just kind of came along?

I knew that I'd play it one way in the Futures End Aquaman issues and the other way here.

The point is that once you have a tremendously altered post-war world, lives and relationships really can change.

Here, on earth as it is now, they were bound to find some middle ground where they'd get along-- especially Mera. She's quite secure in the fact that her relationship with Aquaman is solid. 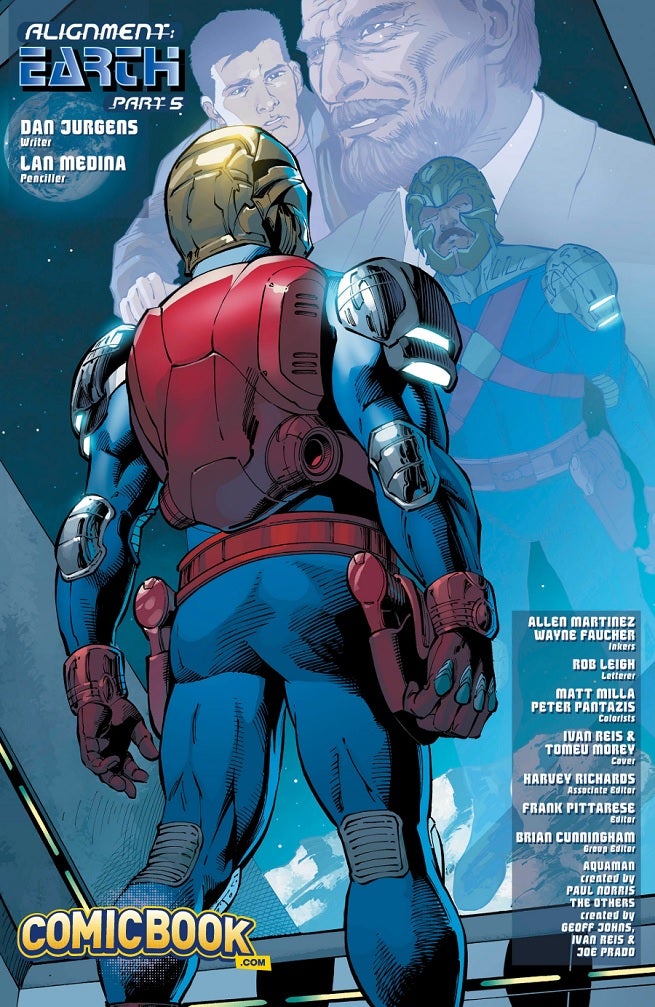 It seems to me you could do a whole story set in the mindscape of Prisoner of War, explaining those relationships and how everything works in there. Is there anybody you feel like you could really have sunk your teeth into if you had more issues to work with?

That was actually going to be my next arc. When I found out we were getting cancelled, I pushed some aspects of that into this issue.

Obviously we've got a setup for a big fight issue next month -- but you likely knew that at the end of the second arc you had to be prepared just in case to end the series. Can you tease a little bit about what's coming up in our exciting conclusion?

It's certainly packed-- that's for sure!

Not only do we take care of this particular storyline, but, as you noted, it's our last issue. I try to bring all the characters to a proper resolution, while also dealing with the overall threat of Mayhem.

For fans of the book, well, I think they'll enjoy it.

Dan Jurgens Talks Aquaman & The Others #10, Futures End and The End of the Series