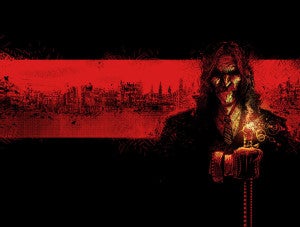 , the critically-acclaimed Image Comics series currently being adapted to a stage musical, is set for a return--but not in exactly the same format as before.

The series, published at Image Comics, followed the dark and sometimes a little supernatural adventures of Professor James Moriarty, the greatest foe of Sherlock Holmes, after he survived his apparent death at Reichenbach Falls and went on to live a quiet life without his arch-nemesis, who appeared to have remained dead. Drawn out of retirement by Mycroft Holmes, who threatened to reveal Moriarty's past if he didn't work for the government, fans were treated to a pair of adventures--The Dark Chamber and The Lazarus Tree--before taking a hiatus. As months unfolded into years, it became clear that the series would need a jumpstart coming out of the hiatus.

The first run of the series resulted in a pair of best-selling trade paperbacks was created by Daniel Corey and Anthony Diecidue; the pair have come together again to launch a Kickstarter campaign in the hopes of launching a third volume direct-to-trade as opposed to funding it with single-issue comics.

“For the past few years, Anthony and I have sent the Professor on an epic, globe-trotting adventure that has far-reaching ramifications, both for himself and for the world he lives in," Corey said. "This next story will bring a close to an important chapter of his life, taking him in exciting new directions.”

The writer added: “Indie comics is a wonderful and tough business to be in, and for this outing, we really need the fans’ help.”

Check out the project at the link above and the Kickstarter video embedded below. Stay tuned for an interview with Corey soon.