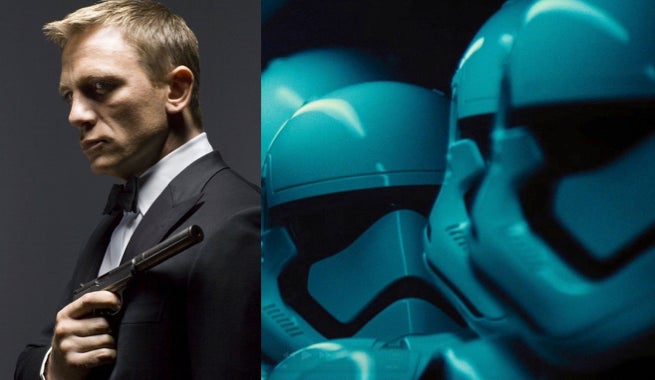 James Bond has received his next mission—and it’s in a galaxy far, far, away.

Rumors are circulating that 007 himself, Daniel Craig, will have a small cameo in Star Wars: The Force Awakens. The news was slipped by fellow British movie star Simon Pegg, who is also rumored to have a small role in the Star Wars sequel.

Other unnamed sources have supported Pegg’s news, saying that Craig asked for a small role in J.J. Abrams’ Star Wars installment, and that his name stay off the movie posters.

This information is far from confirmed, naturally, so treat it as rumor until official word breaks. Until then, stay tuned to ComicBook.com for more Star Wars updates.

Daniel Craig Is Reportedly Playing A Stormtrooper In Star Wars: The Force Awakens