Now that viewers are fat and happy from their Daredevil binge on Netflix, the series' creators have begun discussing its more spoiler-ish plot points.

So, if you haven't finished Daredevil, do not read past the spoiler buffer below. Cool? Cool. 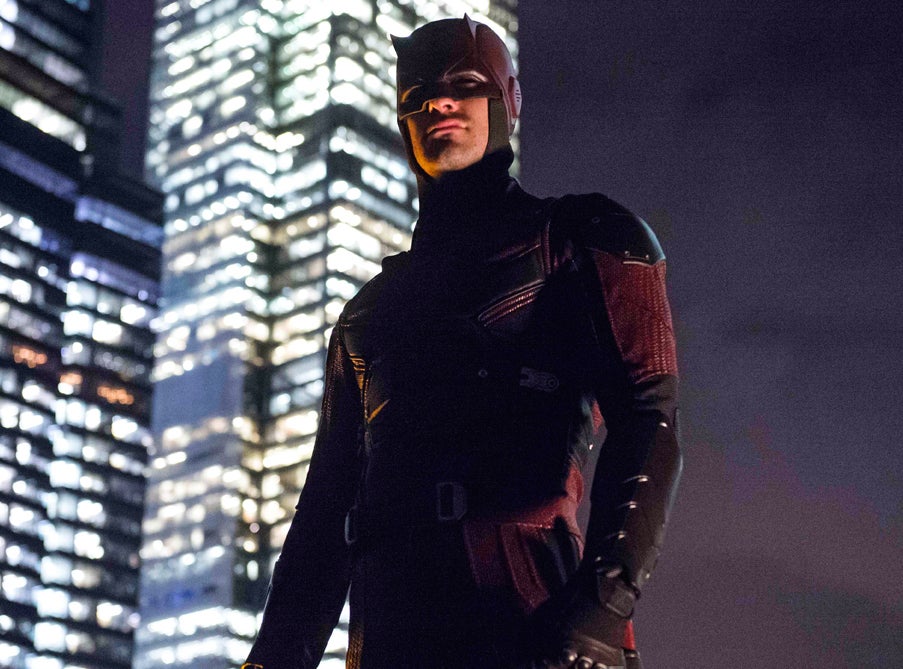 Showrunner and executive producer Steven DeKnight recently opened up about the decision to kill beloved Marvel character Ben Urich, explaining how even the iconic reporter wasn't safe from the series' chopping block.

"[T]he gloves were off: just because he was a beloved character in the comics, doesn't mean he's safe. It's one interpretation. It's like writers doing a new run of the comic. It felt right for the story," DeKnight said. "Much like episode four where Fisk kills Anatoly, not because he did something to cross him in the criminal world, but because he embarrassed him on a date. Urich gets murdered because he committed the unforgivable sin in Fisk's mind: he went to Fisk's mother."

DeKnight also discussed the death of another major series character, Wesley. And while killing Wilson Fisk's only friend was no small potatoes, the real twist was that his death came from the hands of Karen Page, a character that not many had pegged as a killer.

"It was a moment of underestimating Karen Page (Deborah Ann Woll). We always knew he was going to die; that was decided at the beginning of the season that Karen was going to kill Wesley at some point but the mechanics of "how" were tricky," DeKnight said. "It's not so much a moment of carelessness as it was underestimating Karen. He dies because Wilson Fisk is worried about him. That moment when Fisk calls him is the split-second distraction that allows Karen to grab the gun."

But when pressed about the series' inclusion of the Marvel character Stone, Madame Gao's mystical powers, and their possible connection to the final "Defenders" series, Iron Fist, DeKnight was far more cagey in his response. While he didn't confirm a connection direct between Daredevil and Iron Fist's worlds, he certainly didn't deny one either.

"There's obviously something going on there, as well as with the heroin she's selling, stamped with the symbol of the Steel Serpent" DeKnight said in his explanation of Gao. "Could that be another tie-in to Iron Fist? Time will tell. There is obviously more to her than meets the eye. I got a message from Ed Brubaker who asked, "Is Madame Gao Crane Mother?" I can't even tell you!"

What did you think of Daredevil's deaths, and its possible connections to Marvel's mystical universe? Sound off in the comments below.

Daredevil will return for a second season on Netflix.

Chainsaw Man Gets Rom-Com Makeover With This Viral Tribute