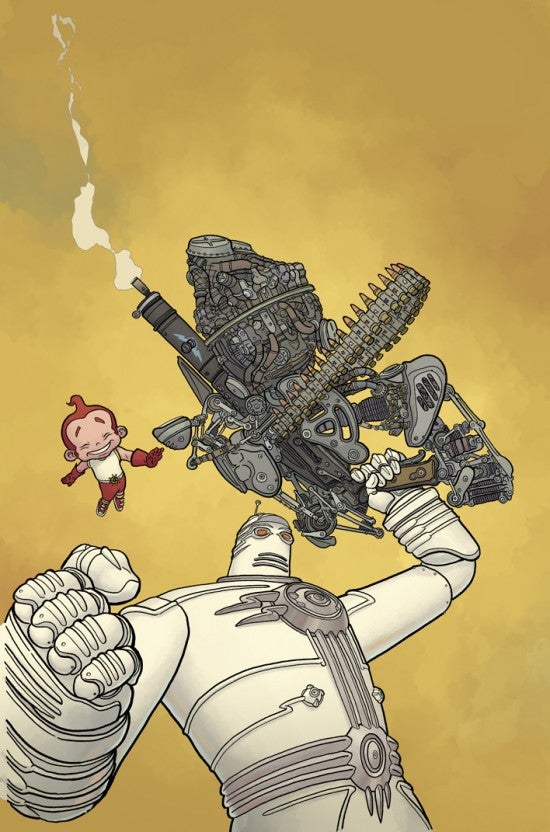 Yesterday at the Chicago Comics and Entertainment Expo (C2E2), Dark Horse Comics announced that they will be revamping the Eisner-winning anthology title Dark Horse Presents will be reworked, transforming the oversized volume it's been since its 2011 return into a smaller 48 pages and adding a ton of new content. Dark Horse will bring (or bring back) a number of creators and serials to celebrate – starting with a new Big Guy & Rusty The Boy Robot story from Geof Darrow and Frank Miller as well as David Mack's Kabuki. "It's been 80 pages. We're going to change the page count down to 48 pages along with a price reduction. It'll be $4.99," Publisher Mike Richardson told CBR News, who broke the story. "The main reason is that for three and a half years we've been producing 80 pages a month – that's about 10 different features – and it's time to make it a little easier on ourselves." Richardson revealed some of the stories coming to the revamped Dark Horse Presents over the coming months, including:

Dark Horse Presents To Be Reinvented, Include Kabuki, Too Much Coffee Man and More