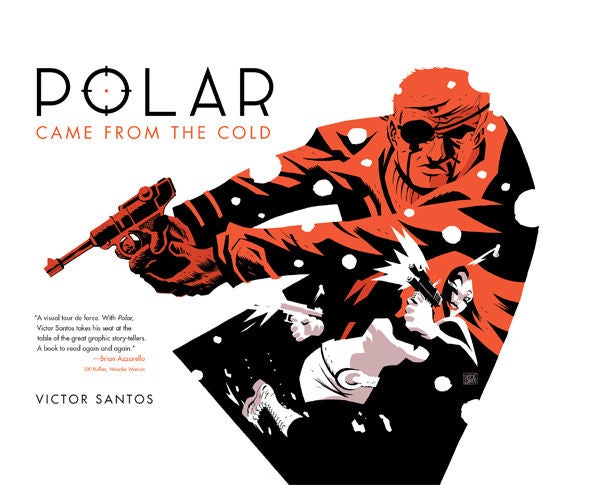 Dark Horse Entertainment has announced plans for Polar, a feature film adaptation of their popular graphic novel, "Polar: Came from the Cold."

"Polar: Came From The Cold" is a stylish noir graphic novel written and illustrated by Victor Santos. The story follows a retired assassin named Black Kaiser, who becomes the target of a new generation of hitmen. While Kaiser must uncover who put the hit on him, he must also raise and nurture his relationship with the child of an old assassination target.

"Polar" was originally published as "silent" webcomic chapters without any dialogue. It was eventually revised to have minimal dialogue and was republished as a hardcover graphic novel. With a tri-color scheme of only red, black, and white, it carries a very similar style to Dark Horse's marquee noir series, Sin City. Perhaps the Polar adaptation will follow Sin City's steps as well, aiming for a distinctively "comic" visual aesthetic.