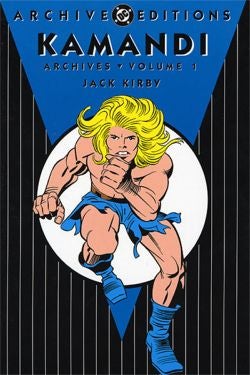 According to Comic Book Resources, DC Comics has announced a new weekly series that will launch later this summer. The announcement came during the annual meeting of ComicsPRO, an organization of direct to trade publishers. Rumors about the book began in February when samples of Kyle Baker’s Hawkman pages were released on the Internet.

Each issue will feature 15 individual stories spread out over the course of the series 12 week run. Along with Baker’s Hawkman, other stories include a Sgt. Rock tale by Joe Kubert, and a Metamorpho adventure by Neil Gaiman and Michael Allred.

Stories about Batman, Supergirl, Deadman, and Kamandi are also reported to have a spot in the book. Exact release dates and cover prices have yet to be announced.