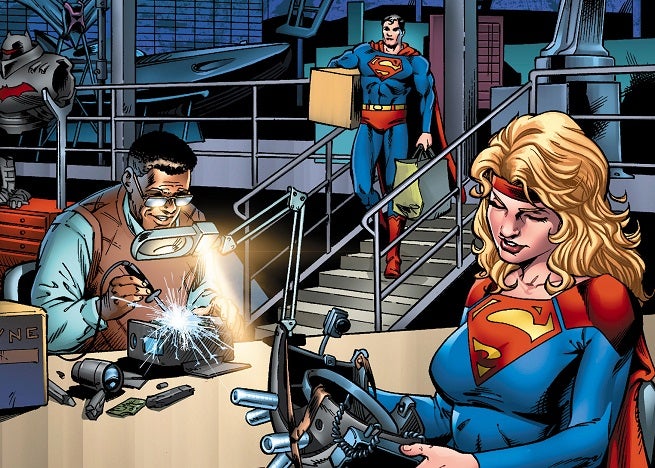 DC Comics have released information on the upcoming third wave of their Convergence tie-in titles, focusing on the Earth-1 characters of the '80s.

With stories set around the time of Crisis on Infinite Earths, these stories seemingly confirm many of the suspicions that the first two weeks' worth of titles had suggested: that things are revolving heavily around Crisis-level events. The first wave's releases continued stories truncated by Flashpoint, while the second wave's look at '90s-era stories that were dramatically altered by Zero Hour: A Crisis in Time.

Could that mean the next and final batch of stories will come from the Golden Age, prior to the "Flash of Two Worlds" story that revealed the existence of DC's multiverse in the first place? Or will it simply be a series of Elseworlds-style books or titles that cross over with the existing ones?

Seems likely we'll know next week. In the meantime, take a look at some of the titles for Week Three, via Nerdist and IGN:

After a year under the dome, the Outsiders have gone their separate ways, but when OMAC attacks, Batman must find out if they have what it takes to still be a team.

Superman and Supergirl try to escape the city through the Phantom Zone, but they enter a portion they’ve never seen before and learn that Supergirl is destined to die if they return to their proper time and dimension. True story.

Trapped in Gotham, Barry Allen has nowhere to run. He fights on, seeking justice as well as a way to save the city. But he faces a Tangent Universe foe that thinks faster than the Flash could ever move.

White-jumpsuit-clad Diana Prince is in the grips of a Domesday cult when her lover Steve Trevor leaps into the fray to save Etta Candy from vampires of Red Rain.

Say the Oath, save the world! If only being the Green Lantern Corps was that easy. Hal has resigned, John is busy, and Guy is pissed. Together for the first time — they'll save Gotham or die trying. 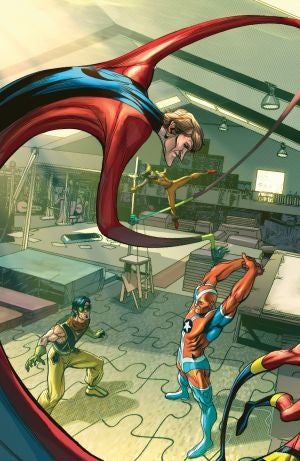 With their heavy hitters sidelined, Elongated Man must lead the much-maligned "Detroit Justice League" against the overwhelming power of the heroes from the Tangent Universe!

While Brainiac 5 struggles to break through the dome, Superboy tries to keep the Legion of Super-Heroes spirits up—but then the Atomic Knights ride into town.

Swamp Thing struggles to survive when the dome cuts off his contact with the Green.

Titans Together! Fighting against the might of the Tangent Universe's Doom Patrol, we are reminded why this is the greatest Titans team of all.

Hawkman and Hawkgirl put their Shadow War on hold as they face the anthropomorphic might of rat-men and bat-men in the deadly land of Kamandi!