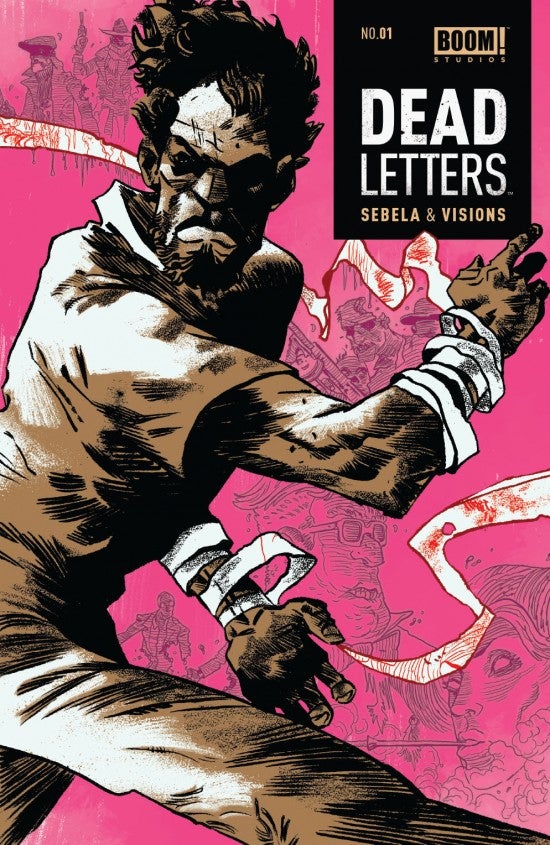 BOOM! Studios announced today that the first issue of their new supernatural, noir series Dead Letters has sold out of its initial print run and will be rushed to a second printing in time for May. The issue from breakout writer Christopher Sebela (Ghost, High Crimes) and artist Chris Visions, has sold out at the distributor level, although it may still be available at comic book specialty retailers. Digital copies can be purchased via comiXology. In the issue, Sam Whistler wakes up in an unfamiliar motel room, dressed in hospital scrubs and his arms wrapped in bandages. He remembers nothing—not how he got here, not where here is...not even his own name. But the goons knocking down his door sure do, and it's going to take every single move in Sam's forgotten repertoire to outrun and outsmart the gang war he's just stumbled into. The Dead Letters #1 second print ships with a new cover by Undertow artist Artyom Trakhanov and carries a retail price of $3.99. It is anticipated to be on sale May 7.

Dead Letters #1 Sells Out, Heads Back for a Second Printing