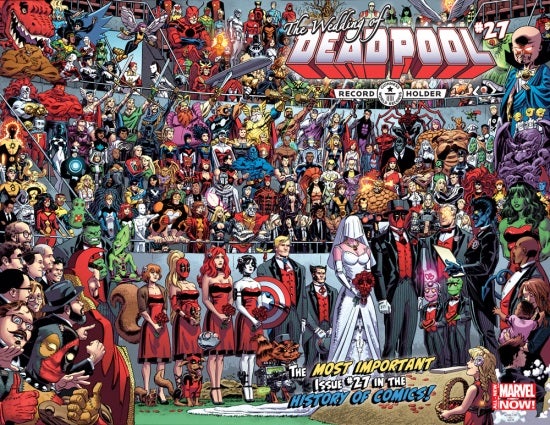 #27 is officially one for the record books. The issue has set the Guinness Book of World Records title for the most comic book characters on a single issue cover. The cover, drawn by Scott Koblish, features 232 characters attending the wedding of Deadpool. Deadpool Editor Jordan White said, "When artist Scott Koblish proposed this cover layout to me, I thought he was crazy…but it's the kind of crazy you have to respect. I think there's no better testament to both his insanity and the amazing cover he and colorist Val Staples produced than an officially recognized world record." Deadpool ties the knot in the oversized Deadpool #27, written by Gerry Duggan and Brian Posehn. He'll be marrying Shiklah, the ancient royal succubus introduced in Deadpool: The Gauntlet. The issue also features new stories from all-star Deadpool writers of the past – including Fabian Nicieza, Mark Waid, Joe Kelly, Christopher Priest, Jimmy Palmiotti, Frank Tieri, Gail Simone, Daniel Way & Victor Gischler. Deadpool #27 is on sale today. 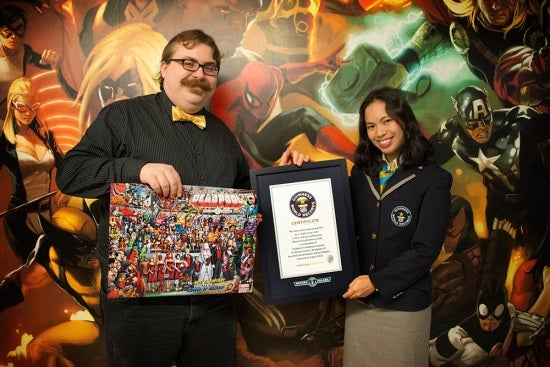 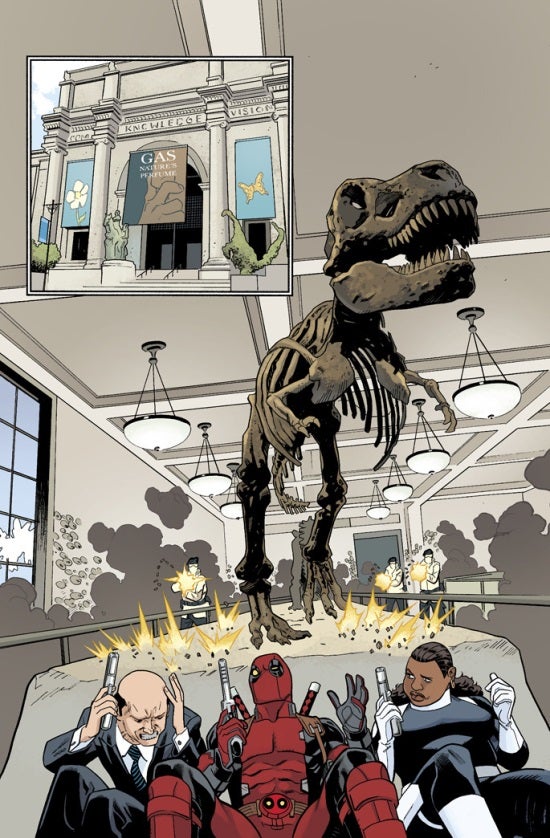 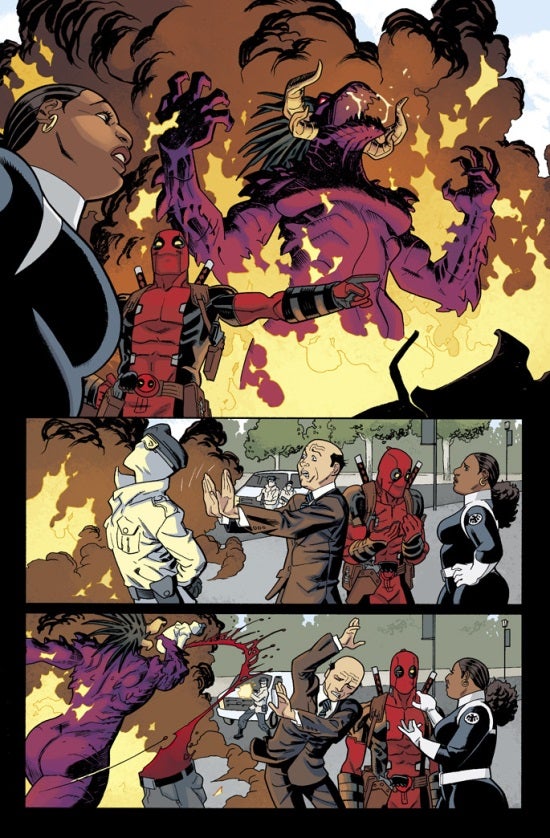 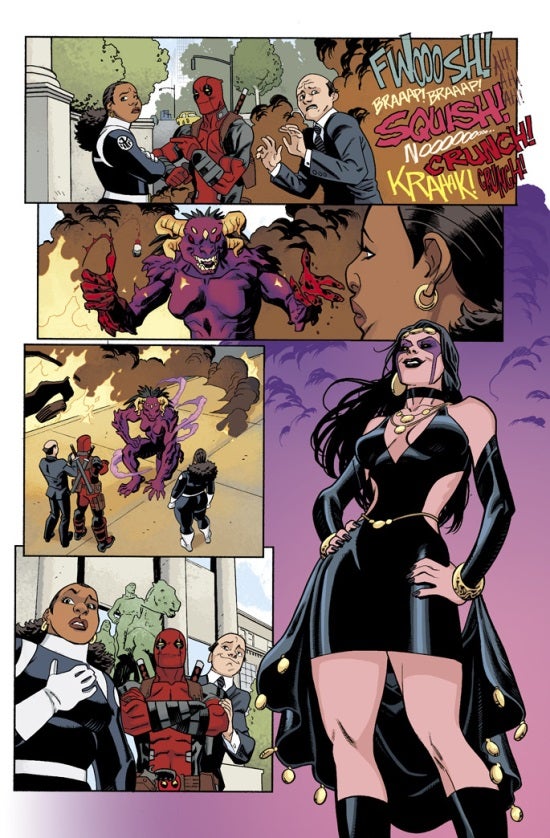 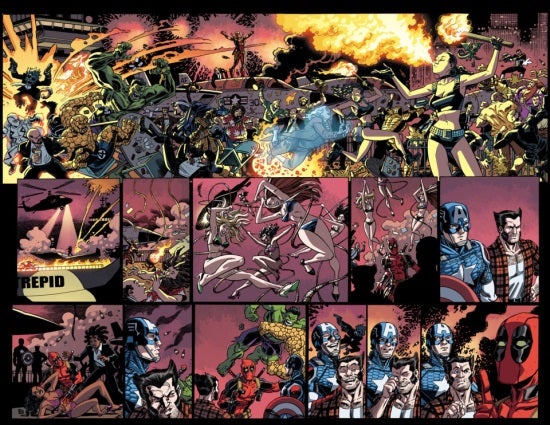