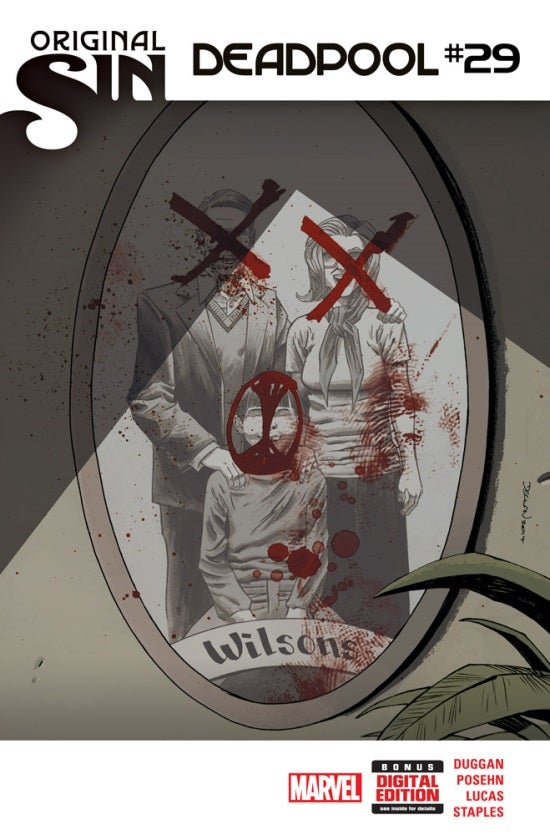 Following up on yesterday's teaser image, Marvel comics has announced that Deadpool #29 will be an Original Sin tie-in issue. Even Wade Wilson himself doesn't know the whole truth about his family. He was manipulated by Butler and Weapon Plus into becoming the brutal killing machine known as Deadpool. There's more to the story than that though. To become fully integrated with Butler's Weapon Plus, all of Wade's past ties had to be severed. Now, through the power of The Watcher's eye, S.H.I.E.L.D. Agents Adsit and Preston have discovers the secret of Deadpool's family. "Gerry Duggan and Brian Posehn have struck a perfect balance in their run on Deadpool," says editor, Jordan D. White. "They know how to bring the funny, but they've also been able to reveal the horrific trauma twinkie that lies just beneath Deadpool's deep-fried batter exterior. To mix disgusting body metaphors in with that food metaphor, the particular scab that they're peeling off with this story is covering a wound Wade doesn't even know he suffered…and one that might just be too much for him to handle." Secrets from Deadpool's past will be revealed when Deapool #29 ships this May. DEADPOOL #29 Written by GERRY DUGGAN & BRIAN POSEHN Art by JOHN LUCAS Cover by DECLAN SHALVEY Variant Cover by MARK BROOKS On-Sale This May! 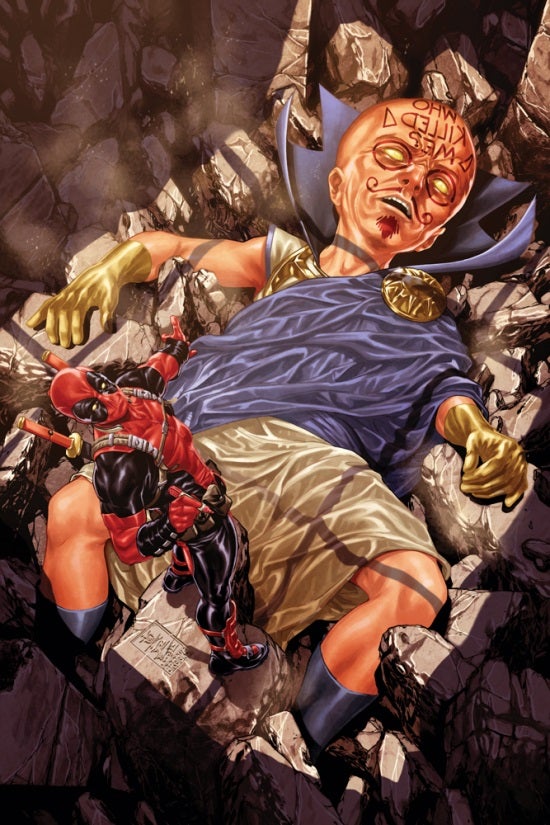 Deadpool #29: The Fate Of The Wilsons Revealed In Original Sin Tie-In