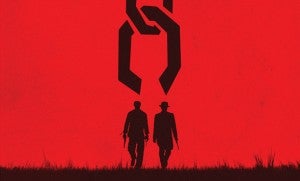 They might not leap tall buildings in a single bound or bend steel in their bare hands, but the charactrs in Quentin Tarantino’s movies are certainly larger-than-life. And the indie film icon is coming to the San Diego Comic-Con International this year in support of his upcoming film Django Unchained, starring Leonardo DiCaprio and Samuel L. Jackson.

Yahoo! Movies has a sixty-second clip from the movie debuting today, and you can see it below. Also featuring Kerry Washington and Jamie Foxx, the film has been called one of Tarantino’s most stylized and ambitious projects to date—no mean feat for the man who brought Kill Bill into the world.

Django Unchained will be in your local multiplex this Christmas.