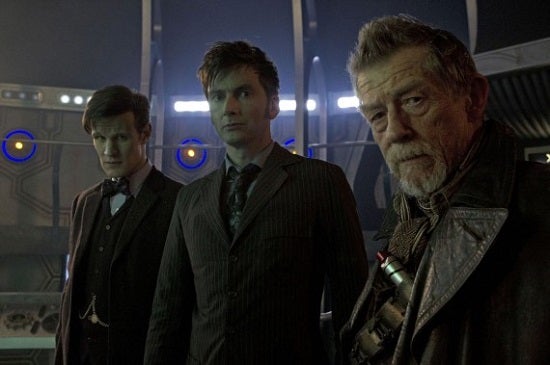 With only two days remaining before the globally-simulcast debut of the Doctor Who fiftieth anniversary special "Day of the Doctor," the BBC has released a new trailer for the episode.

There's not a lot of new material in the 20-second spot, which is primarily composed of footage already seen in earlier ads, but surely there's something here that someone with a keen eye and a bit more Who knowledge than I could find some clues in.

Doctor Who: Day of the Doctor "2 Days to Go" Trailer Released