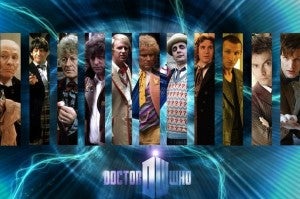 According to Ed Stradling, a TV producer/director who has worked on Doctor Who in the past, Steven Moffat told him yesterday that he's clueless as to who might be the next Doctor. Stradling tweeted a few thoughts about the casting process...

Don't believe what you read about the new doctorwho being announced this weekend. I think it must be Starburst getting a bit over-excited! Steven Moffat says this morning "I haven't a clue who it is, we've barely started." So no doctorwho announcement this evening I fear! On the doctorwho casting, remember inspiration can come from anywhere. In 2008 Steven wanted a 40+ actor to replace David Tennant...then Matt Smith auditioned for Dr Watson in Sherlock. He was wrong for Watson but perfect for DW, so he cast him anyway despite his age.

...that came on the heels of a British entertainment magazine (the aforementioned Starburst) claiming to have inside information as to the identity of the new Doctor. At the time, their claim was that it was one of three candidates, and that a British newspaper would run with the story today. Starburst claimed that the threat of being outed unofficially would force the BBC's hand and they would reveal yesterday, but early in the day, The BBC claimed there was no truth to the report.

Doctor Who: Steven Moffat Says He Has No Idea Who's Next