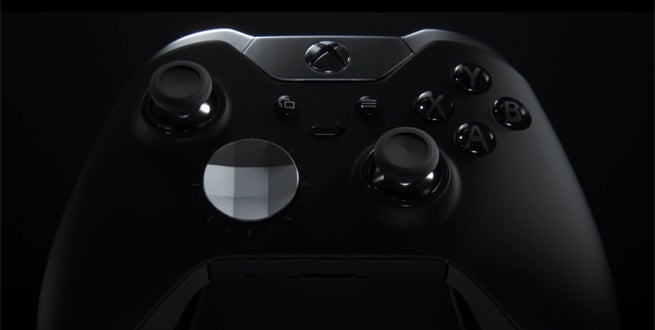 During the "Day 0" press conference at E3 2015, Microsoft announced new technology including a customizable controller and backwards compatibility with select Xbox 360 games.

"We are doing what we didn't think was possible," Phil Spencer, the head of Xbox said. "The games you have invested your time and money in will be able to be played natively on your Xbox One."

That means you can either download previous games you bought digitally, or put in your 360 retail disc, which will activate a download of that game onto your Xbox One. The games will have added Xbox One functionality like screenshot and clip sharing found in those native games.

Microsoft plans to have over 100 titles be backwards compatible by Holiday 2015, to let you revisit your favorite 360 games, or jump back to those that lingered on your to do list.

The company also announced the new "Elite Controller" designed for Xbox One and Windows 10. The new controller features swappable components for longer thumbsticks, various D-pads, and even flippers on the underside that can be repositioned.

Microsoft did not announce a specific release date or price for the Elite controller, though it will be out in the latter half of this year.

Xbox One To Introduce Backwards Compatibility and Elite Controller