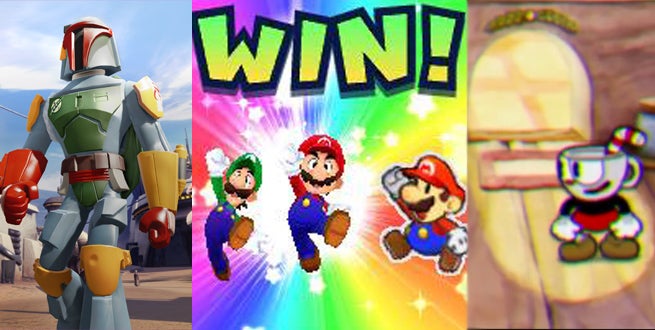 The Electronic Entertainment Expo has been the marquee event for video games for the better part of three decades. While it languished a bit in the early 21st Century, the last eight years have shown a resurgence in the show, with major announcements, press conferences that are part concert, part celebrity showdown, and always a surprise or three.

This year has been no different, as E3 2015 not only saw presentations from the usual: Microsoft, EA, Ubisoft, and Sony, but also included new press conferences dedicated to Bethesda and Square Enix. Nintendo continued their recent tradition of the last few years of having no live presentation, instead opting for a pre-produced digital streamed-only show.

With the presentations come and gone, we wanted to summarize and see just how each of these companies did this year. We’ll go in order of presentation. Mostly, there’s a lot of positivity to throw your way here. The missteps are just that, but didn’t throw off what was an exciting and outstanding two days of press conferences from video gaming’s giants.

Bethesda
Games Presented: Fallout 4, Doom, Dishonored 2, The Elder Scrolls Online: Tamriel Unlimited, Battlecry
What Went Right: Fallout 4 and Doom news was welcomed and exciting. It’s incredible how long Bethesda kept Fallout 4 officially under wraps, leaving them open to announce a release date of November 10, 2015. In an age of games being announced 2, 3, or in the case of one specific one we’ll mention below 7 years ahead of release, it’s refreshing for them to announce a game, show a deeply playable and more than 50% finished product, and have it coming out less than half a year later. Doom’s resurrection was a surprise, and an exciting one – also with a relatively close release window (Spring 2016). Both games also have mod tools available for consoles, a huge step toward console/PC parity.
What Went Wrong: Not much! We didn’t really need an Elder Scrolls Online trailer that gave us no new information, as the game came out last week for consoles. The free-to-play card game for mobile is entering a crowded market that gets more crowded all the time. Still, having too much of a good thing being the worst of your problems is an excellent place to be.
Final Grade: A 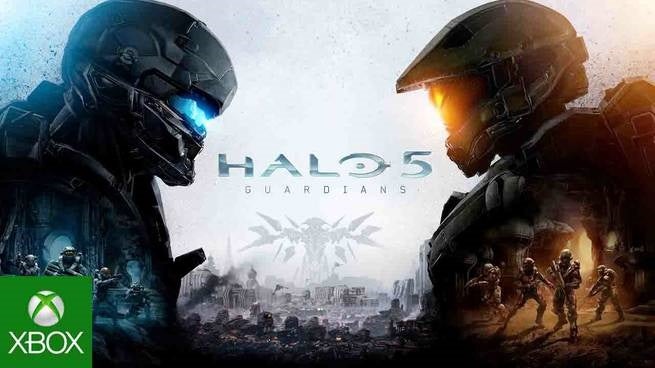 Microsoft
Games Presented: Halo 5: Guardians, Recore, Xbox One backward compatibility, Xbox Elite Controller, Fallout 4 (PC Mods), EA Access, Forza 6, Dark Souls 3, Rainbow Six: Siege (w/ Vegas 1 & 2), Gigantic, Tacoma, Ashen, Beyond Eyes, Cuphead, Ion, Rise of the Tomb Raider, Rare Replay, Sea of Thieves, Fable Legends, Valve VR Partnership, HoloLens, Gears of War Ultimate Edition, Gears 4
What Went Right: Nearly everything. Microsoft had an exciting press conference with no celebrity guests, very few silly bells and whistles (aside from that Ford falling form the sky), and a heavy focus on games, games, games. There were looks back, like the 100 Xbox 360 games you’ll be able to play on your Xbox One at no additional cost this year, or the crazy Rare Replay collection of 30 classic games for 30 measly bucks. There were also looks forward to blockbusters like Halo 5, the new announcement of Gears 4, and the timed exclusive for Rise of the Tomb Raider. Indies may have stolen the show, though, with the buzz-worthy 30s cartoon styled Cuphead and the HoloLens edition of Minecraft generating a whole lot of conversation.
What Went Wrong: Probably didn’t need quite so much time dedicated to a single racing game, a genre that is already hit or miss for fans, and the gimmick of a car coming down from the ceiling was a bit silly. The HoloLens was reportedly misrepresented when it comes to field of view, and the Gears of War Ultimate Edition being only the first game and not the full trilogy came as a bit of a disappointment for some fans. Also, for better or for worse, there was not so much as a single mention of the Kinect motion-sensing camera.
Final Grade: A- 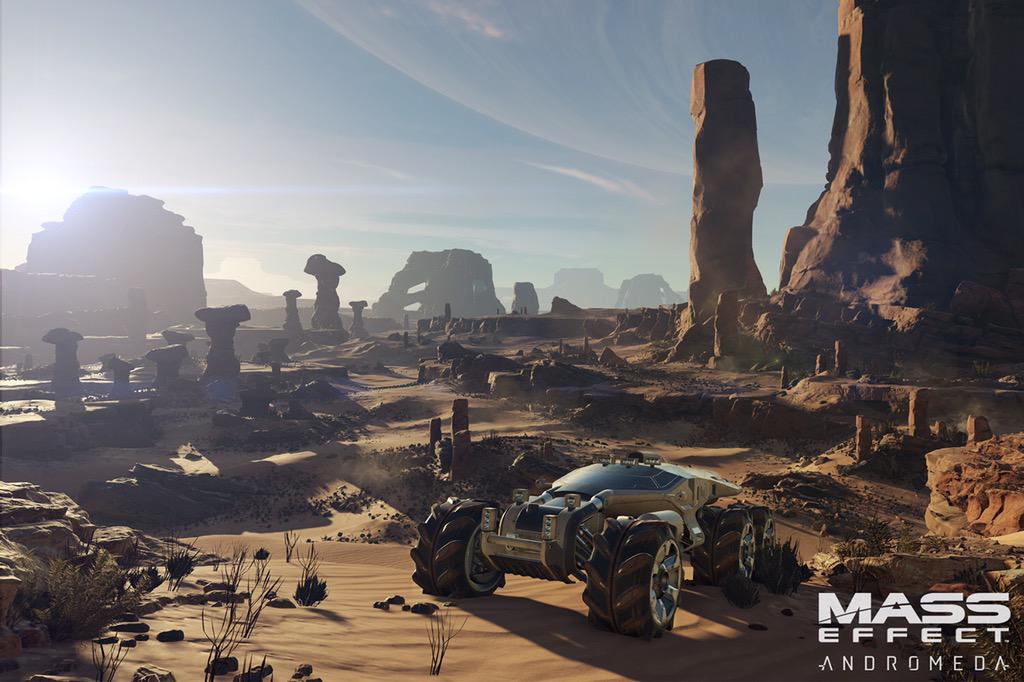 EA
Games Presented: Mass Effect: Andromeda, Need for Speed, Star Wars: The Old Republic: Knights of the Fallen Empire, Star Wars: Galaxy of Heroes, Unravel, NBA Live 16, Plants vs Zombies: Garden Warfare 2, FIFA 16, Madden 16, Mirror’s Edge: Catalyst, Star Wars: Battlefront
What Went Right: Mass Effect and Star Wars were front and center in a big way. A quirky indie-style game like Unravel is a breath of fresh air from the industry giant. The long-awaited Mirror’s Edge follow-up looks like it could actually exceed the original. EA came to bat with their big, powerhouse franchises, and enough variety to let others breathe.
What Went Wrong: While Pele is awesome and non-American football is beloved around the world, his conversation on stage during the presentation fell flat for most viewers. The big problem was likely that the conversation wasn’t at all about the game. Meanwhile, games like Madden, much more in-tune to the audience directly in front of them, got just a passing mention (yes, that’s a pun).
Final Grade: B+ 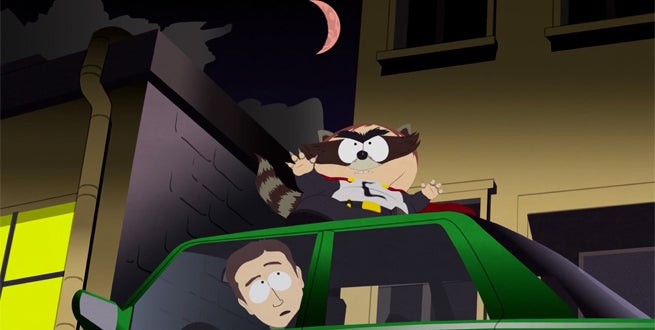 Ubisoft
Games Presented: South Park: The Fractured But Whole, For Honor, The Crew: Wild Run, Trials Fusion Awesome Level Max, The Division, Anno 2205, Just Dance 2016, Rainbow Six Siege, Trackmania Turbo, Assassin’s Creed Syndicate, Ghost Recon: Wildlands
What Went Right: Surprise! New South Park game. Surprise! New IP in For Honor. The Tom Clancy triple threat of The Division, Rainbow Six Siege, and Ghost Recon: Wildlands kept the excitement level high throughout the press conference, and damned if Assassin’s Creed Syndicate doesn’t look cool: especially with the second, female assassin Evie introduced. Yes, we were all a bit burnt last year, no, our short-term memories aren’t that good.
What Went Wrong: This is just the wrong crowd for Just Dance hype in the form of a random concert performance – especially one with a microphone that wasn’t properly tested and a performer who looks somewhat confused about where he is. Also, for the third straight E3, The Division is featured here, but is still not coming out this same calendar year.
Final Grade: B+ 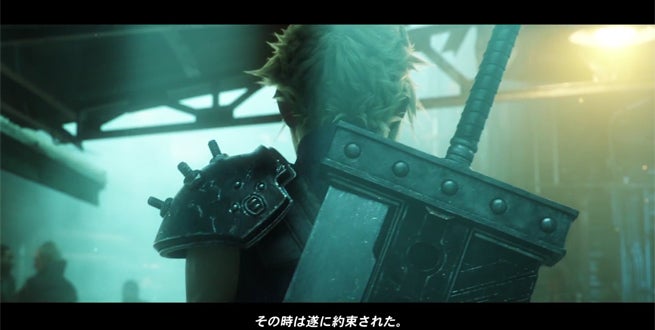 Sony
Games Presented: The Last Guardian, Horizon: Zero Dawn, Hitman, Street Fighter V, Dreams, Destiny: The Taken King, Firewatch, Final Fantasy VII: Remake, World of Final Fantasy, Shenmue 3, Ronin, Eitr, Mother Russia Bleeds, Crossing Souls, Assassin’s Creed Syndicate, PlayStation Vue, No Man’s Sky, RIGS (Project Morpheus), Call of Duty Black Ops 3, Batman: Arkham Knight Disney Infinity 3.0 Star Wars, Star Wars Battlefront, Uncharted 4
What Went Right: Holy crap, The Last Guardian and Final Fantasy VII: Remake are actually real and actually coming out. For real. Add to that a ton of new IP, other returns like Shenmue, exclusive Star Wars content, and an exciting look at the next Uncharted, and you have a near-constant ride of excitement.
What Went Wrong: Well, a lot of what was shown was 2016 or later, especially when it came to exclusive games. Other than that, there was a lot to be happy about here.
Final Grade: A- 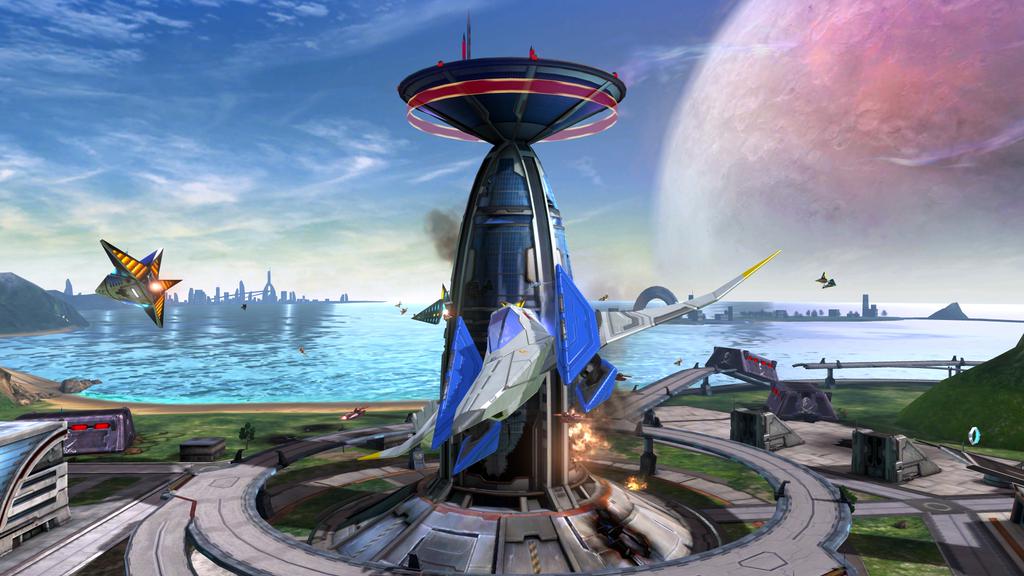 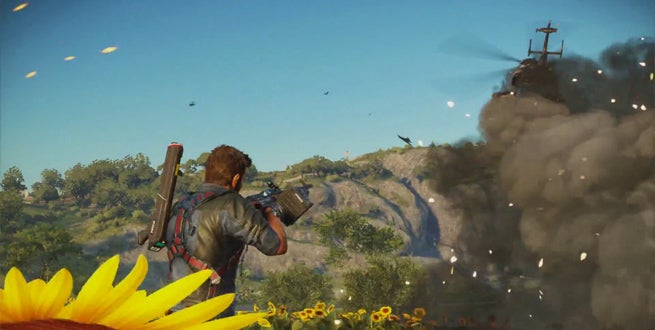 Square Enix
Games Presented: Just Cause 3, NIER, Tomb Raider Go, Rise of the Tomb Raider, Final Fantasy VII Remake, Final Fantasy VII iOS, World of Final Fantasy, Kingdom Hearts Unchained Key, Kingdom Hearts 3, Hitman, Star Ocean: Integrity and Faithlessness, Final Fantasy Portable, Deus Ex: Mankind Divided, Tokyo RPG Factory’s Project Setsuna
What Went Right: The games! Just Cause 3 looks like a blast, Rise of the Tomb Raider looks to carry on the awesomeness of the first of the reboot, Kingdom Hearts 3 is coming along, Hitman’s reboot looks fun, and it’s exciting to see Tokyo RPG Factory’s formation and a recommitment to what made Square and Enix such exciting companies about 4 or 5 generations of gaming ago.
What Went Wrong: Let’s just say, production value wasn’t… awesome. There was a lot of silence from the crowd – though that may be the crowd more than the content. The content was there, for the most part, though much of it was “you’ll find out more about this later this winter.” Kingdom Hearts 3, after a little trolling, shouted out their excitement for the inclusion of one new world, based on Tangled, a five-year-old property. Not Frozen, not Big Hero 6, not Marvel, not Star Wars, Tangled. Now, I love Tangled. It was exciting to see that property added to Disney Infinity over a year ago, but it’s a little less so now, especially on a game that has been fraught with delays. Nothing makes a game feel like it’s five years behind quite like coming out and saying, “our game is five years behind” in a big, public, internationally broadcast press conference.
Final Grade: C

WandaVision Episode 8 Confirms What The Commercials Were All About