In the final moments of Constantine tonight, viewers were treated to a vision from Zed that very clearly teased the violent, mystical future of Detective Jim Corrigan.

Earlier this week, ComicBook.com spoke with Emmett J. Scanlan, the man who plays Corrigan, and asked him what he thought about the moment that will have DC Comics fans talking tomorrow.

"I love anything that begs more questions than it gives answers," he told us. "I hope it gets people salivating and wanting to find out more. Feel blessed to be part of it, regardless." 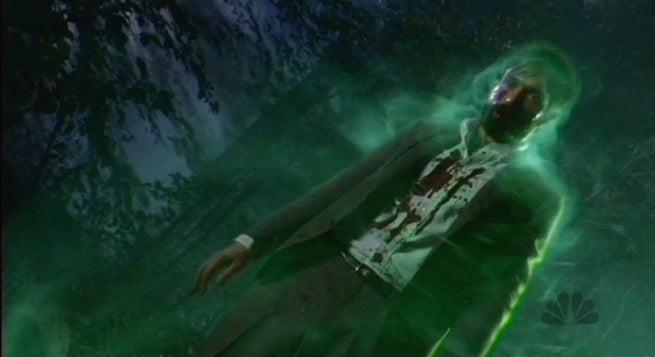 You can see the image above and a creepy, animated version below from the Constantine twitter account.

No word on when we'll see Scanlan next, although Matt Ryan tonight tweeted that they're filming the season's thirteenth episode, and that Scanlan will appear in it.