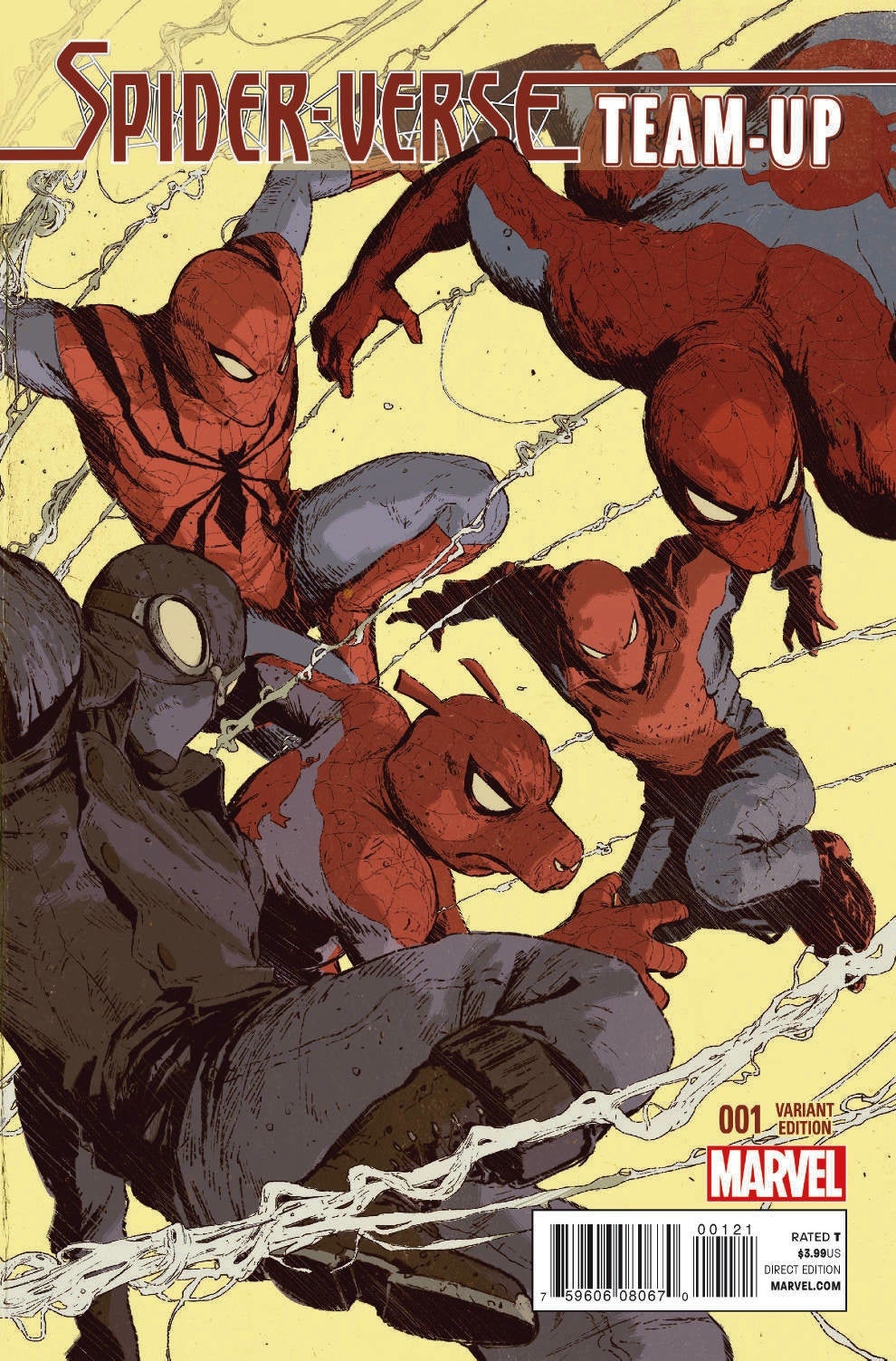 What's better than Spider-Man on a Dave Rapoza variant cover?

How about five Spider-Men on a Dave Rapoza variant cover?

Rapoza is the creator of the web comic series "Skull and Shark," "StarVeil," and "Black Witch." While his independtly-created Marvel Heroes portraits have been a hit across the Internet, this Spider-Verse cover is his first major piece for the publisher. Check out his webpage here.