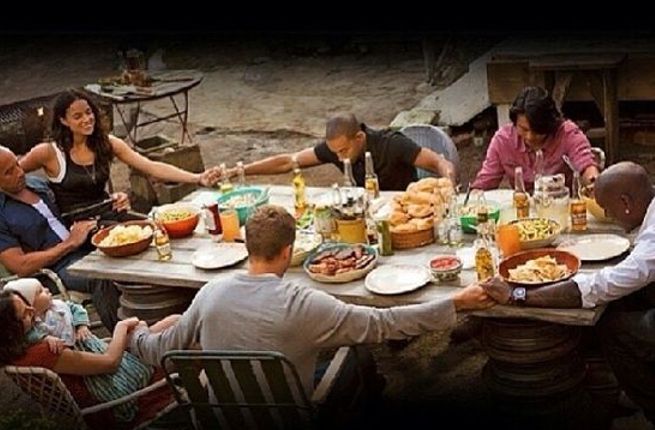 On Saturday, the cast of Fast & Furious 7 will assemble at Universal Studios in Los Angeles for a launch event for the Furious 7 trailer. The event will be broadcast on E! and the Fast & Furious Facebook page starting at 12 PM Pacific.

As part of preparing for the event, Universal Pictures has released a cast family video. In the video, Tyreese Gibson talks about a lot of his favorite moments during the Fast & Furious movies.

“We pride ourselves on being a family on an off camera,” said Gibson. “We share as many moments as we can, but a lot of stuff can’t end up on camera, because we just do what we do.”

Gibson added, “Instead of us looking it as an opportunity to finish the movie, it became a real responsibility on behalf of Paul Walker.”