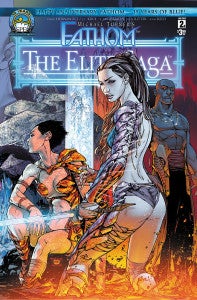 Yesterday saw the release of Fathom: The Elite Saga #1 from Aspen Comics. Teaming veteran writers JT Krul and David Wohl with relative new comer Ken Marion, Fathom: The Elite Saga is being marketed as one of the biggest events in the character's history. So big that it's continuing already next week with the series' second issue. There are some preview pages below, as well as solicitation text. Check 'em out!

Anya rises above the surface and right into the hands of the US Government, in order to get the attention of Aspen Matthews, her last resort for help under the surface. Meanwhile, Killian relentlessly continues his search to unite his family once again, by confronting the pain and destruction of his past in the treacherous lava city of Aescylot. However, the Blue¹s new Elite Commander will discover the city of fire has ushered forth a new savior, and she is no stranger to Killian! Aspen newcomer Ken Marion is joined by an all-star group of past and present FATHOM writers, all coming together for a FATHOM story 15 years in the making! Plus, fan-favorite artist Talent Caldwell returns with a stunning 5-part interconnecting cover! Fantastical new lands will be explored, and a host of new (and deadly!) characters will be introduced, all leading up to an unbelievable new direction in the All New FATHOM Universe! 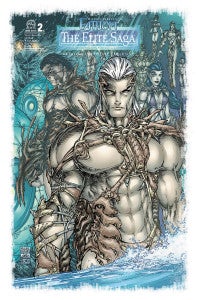 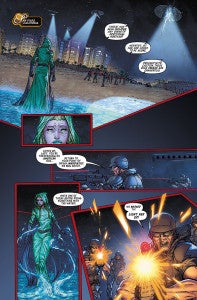 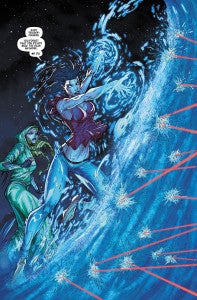 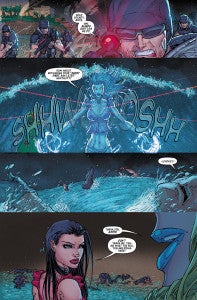 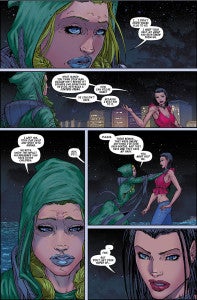 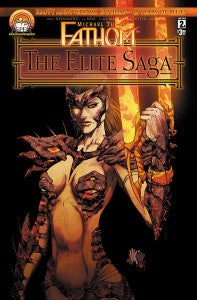