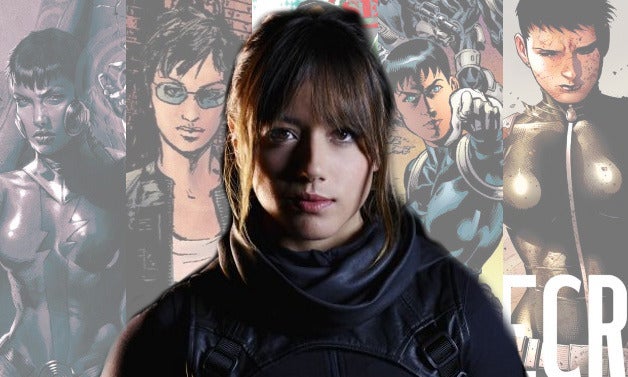 In the shocking mid-season finale of Marvel's Agents of S.H.I.E.L.D., Agent Skye is revealed as Daisy Johnson, a comic book character created 10 years ago by Brian Michael Bendis and Gabriele Dell'Otto during the Secret War event. Now as we head into the season finale of the show, viewers stand to learn some more about Skye as Johnson, better known as her superhero alias, Quake.

In addition to Secret War, Johnson has played a key role in a number of S.H.I.E.L.D. and Avengers related comics over the years. For those who are looking to discover more about the character, here are five essential reads that should capture Quake's highlights: 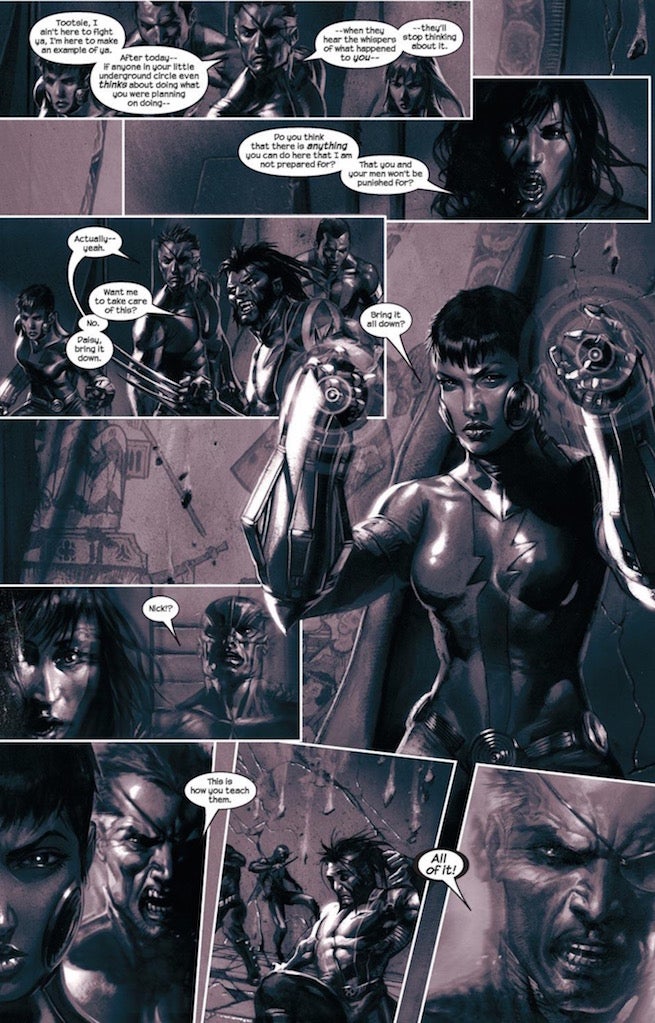 Daisy Johnson had a very provocative introduction to the Marvel Universe during this five-part espionage thriller by Brian Michael Bendis with painted art by Gabriele Dell'Otto. Daisy just kind of appears, immediately establishing herself as a thorn in S.H.I.E.L.D. agent Maria Hill's side, especially with the mysterious circumstances around her vaunted "Level 10" security clearance (a ranking that only Director Nick Fury and Black Widow/Natasha Romanova had achieved prior to Johnson's arrival). It turns out that Johnson has been recruited by Fury to aide him in his secret, covert war against Latveria, working alongside Captain America, Luke Cage, Wolverine, Spider-Man and Daredevil, who were all brainwashed by the S.H.I.E.L.D. director to assist him in his cause.

Secret War establishes that Johnson isn't just some pushover or Nick Fury lackey. During the story's climax, she uses her vibration-making powers to stop an enraged Wolverine, who's not terribly pleased to find out that he was unwittingly roped in an international act of espionage. Earlier in the series, we learn that this mysterious S.H.I.E.L.D. agent is the child of Calvin Zabo, aka, Mister Hyde, a key plot point in the Agents of S.H.I.E.L.D. series.

Bendis's story definitely leaves the reader with more questions than answers about Johnson – a theme that would follow the character throughout her brief, but memorable Marvel career. 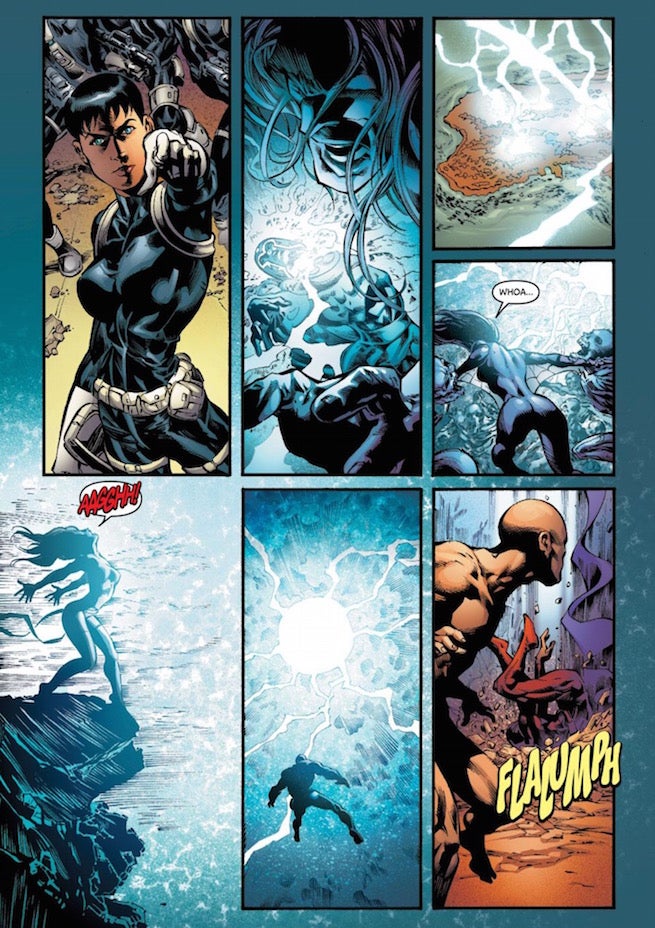 About a year or so after her initial debut in Secret War, Bendis brought back his creation in equally cryptic fashion as part of the final chapter of his "Collective" arc in New Avengers. This time around, Johnson is dropped in the middle of a battle between the Avengers/X-Men and a super-powered villain composed of mutant energy known as the Collective. Quake is instructed to use her vibration powers to take out the "Master of Magnetism," Magneto – with the story even calling back to how she used her abilities in similar fashion against Wolverine in Secret War. She directs her vibration waves towards Magneto's brain, rendering him unconscious.

Bendis continues to write Johnson with a bit of an edge and some swagger as she declines an invitation to join the Avengers (that she didn't necessarily even get in the first place) before letting them know that her codename would be "Quake" because of her powers. And thus, a moniker is born.

After disappearing from the Marvel Universe following the events of Secret War, former S.H.I.E.L.D. director Nick Fury makes his return when he decides to build his own supergroup of next generation heroes dubbed the Secret Warriors. Johnson, Fury's clear cut favorite, is tasked as the leader of the ragtag bunch, which includes Alexander Aaron, son of Ares; Yo Yo Rodriguez, daughter of the Griffin; J.T. Slade, son of the Phantom Rider; Sebastian Druid, son of Doctor Druid; and Jerry Sledge, son of Crusher Creel, aka the Absorbing Man. The team first forms in Mighty Avengers (by Bendis and Alex Maleev) are officially christened on the battlefield in the fourth chapter of the main Secret Invasion miniseries.

With S.H.I.E.L.D. being officially disbanded at the end of Secret Invasion in favor of the Norman Osborn-led H.A.M.M.E.R. Johnson and the Secret Warriors continued to operate as a rogue group, fighting the good fight alongside Fury despite a lack of support and resources. Leading to the launch of …

Brian Michael Bendis and Johathan Hickman's ongoing series (with art from Stefano Caselli) has proven to be a major source of inspiration for the Agents of S.H.I.E.L.D. television show. At the center of Secret Warriors is the pseudo father/daughter relationship between Fury and Johnson (similar to what Skye/Daisy and Agent Phil Coulson have in Agents of S.H.I.E.L.D.). Johnson is clearly one of Fury's favorite people, but in an attempt to teach her the ways of his very complicated life, the former S.H.I.E.L.D. director is incredibly tough and abrasive towards his pupil. He intentionally keeps a number of secrets from Daisy, and pushes the character too far when he reveals that he willingly allowed her boyfriend, J.T. Slade, to fall to his death after Fury discovers that Slade was sharing intel with Hydra and Baron von Strucker. Still, in the comic's final act, Fury and Johnson reconcile and he hands over the keys of a newly rebuilt S.H.I.E.L.D. to his protégé.

Not only does Secret Warriors prove to be an essential read for anyone looking to learn more about Daisy, it's truly an essential read for anyone who is a fan of Marvel's television programming. In addition to the father/daughter relationship of Johnson and Director Coulson, other subplots from Secret Warriors featured on the small screen include Hydra infiltrating S.H.I.E.L.D. and compromising a number of its top agents, and the rise of the Russian terrorist group Leviathan (the primary adversaries in Agent Carter). 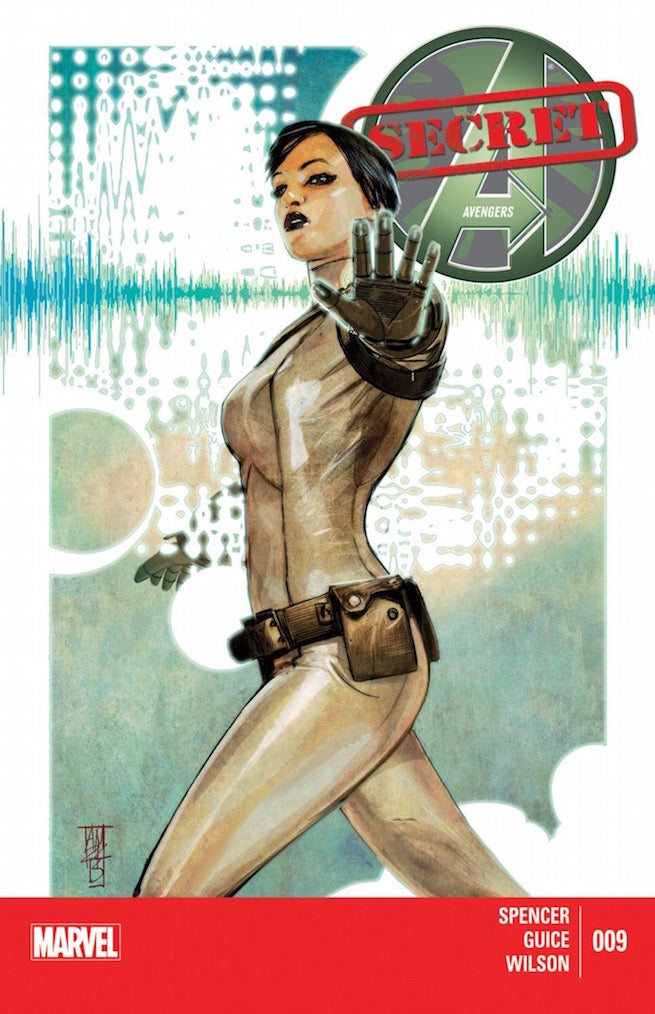 As part of the Marvel Now company-wide relaunch, the Secret Avengers are reformed under the jurisdiction of S.H.I.E.L.D. Maria Hill recruits Hawkeye, Black Widow, Nick Fury Jr. and Phil Coulson (making his comic book debut) as part of her group, while Johnson runs the whole show as S.H.I.E.L.D. director. Nick Spencer wrote the series, which ran for 16 issues.

After being built up as the next big thing by her mentor, Fury, Secret Avengers demonstrates that Johnson still has a steep learning curve to grasp in order to become a master spy on the level of Fury. She is indefinitely suspended from her position as director after launching an unsanctioned assassination on Andrew Forson, A.I.M.'s (Advanced Idea Mechanics) Scientist Supreme, opening the door for her rival, Hill, to become director.

While Secret Warriors is unquestionably the Agent of S.H.I.E.L.D.'s primary muse in terms of plot and characters, the second volume of Secret Avengers has also been referenced heavily by the show, including the role of Bobbi Morse, aka, Mockingbird, who is a member of the Secret Avengers. There's also an appearance by double agent supreme, Taskmaster, who many people have speculated might eventually be revealed as an alias for disgraced S.H.I.E.L.D. agent Grant Ward.