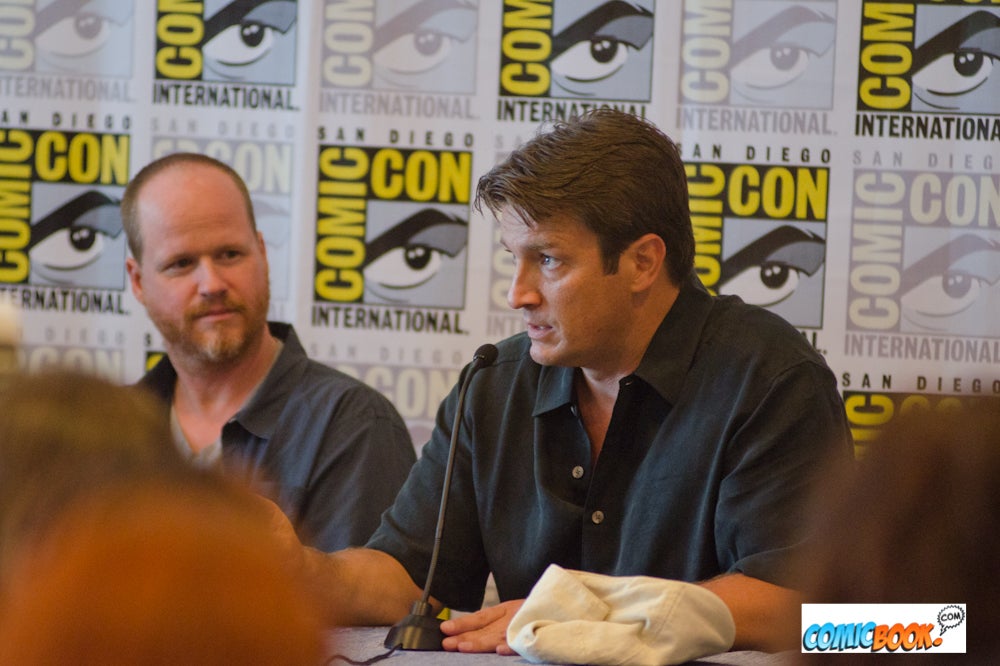 On Friday, MTV News spoke with Nathan Fillion, the actor who played Captain Mal Reynolds in Joss Whedon's cult classic sci-fi series Firefly. The subject of the conversation: what would the actor like to see happen next with the property, which turns 10 this year?

Many fans expected there to be a big Firefly announcement at the show's 10th anniversary panel at this year's San Diego Comic-Con International, but Whedon seems to be pretty well set in his decision not to use his considerable Avengers clout on a follow-up to a show that was cancelled and a related movie that underperformed--even if the people who saw them loved them both.

"I would like to see a Firefly video game," Fillion told MTV in the video below. "Wouldn't that be nice? Or an animated series. Let's do that."

The thing that stuck out about the animated series comment, and MTV's headline that Fillion "wants a" series, is that photojournalist Z.D. Roberts, who covered the Firefly press room at Comic-Con for ComicBook.com, felt a charge in the room when one of the reporters asked about the possibility of a cartoon down the line.

Roberts told editors at the time that Whedon and one of the other panelists seemed to lock eyes and have a moment of surprised silence, which he intuited as silent implication that something might be in the works. We didn't run any speculation on the matter during the convention weekend because other media outlets had erroneously started rumors of a "Firefly reboot" and it seemed counterproductive to throw fuel on that fire, but now seems as good a time as any to wonder whether there might be something to Roberts's speculation.

An animated series, short of getting Whedon's approval and possibly giving him final say over the script, would likely not require a lot of involvement on the part of the busy filmmaker, who has an exclusive deal with Marvel Studios that will keep him locked down until 2015 and the release of The Avengers 2. Similarly, it could provide a forum where Fillion and the other busy members of the Firefly cast could return in spite of their television and feature film commitments--commitments which Fillion recently implied would keep him out of the Marvel Cinematic Universe for the foreseeable future.

Fillion discussed the fact that current CG technology had the potential to create an interesting look for an animated Firefly--even if he's cut off a bit by some fun speculation on the part of his hosts.

Check out the video below--puppets? That would be awesome. I'd pay good money to see Muppet Mal.

Firefly: Could an Animated Series Happen?