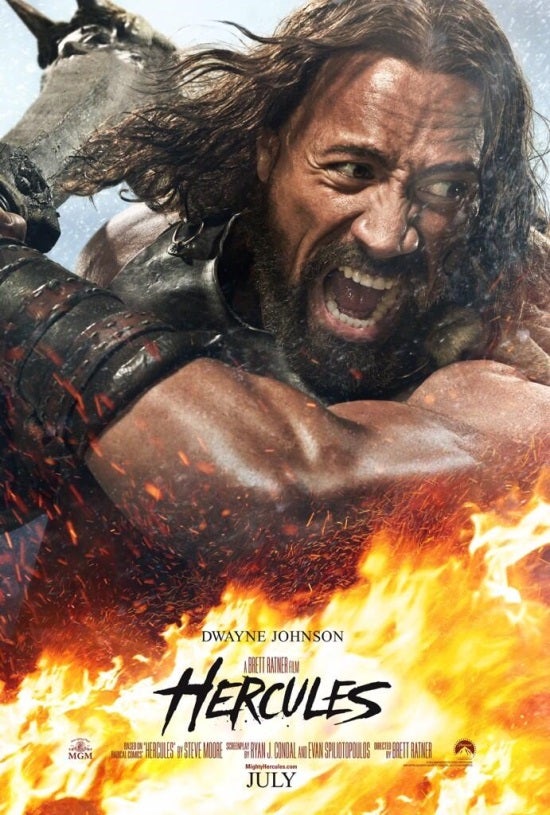 The first poster for Hercules, starring Dwayne “The Rock” Johnson, has been released online.

Johnson released the poster via Twitter. It features him as Hercules looking like he is screaming a battle cry and swinging a big club.

"Become the man you were born to be" EXCLUSIVE first look #HERCULES movie poster. pic.twitter.com/OAOnTR8YFm