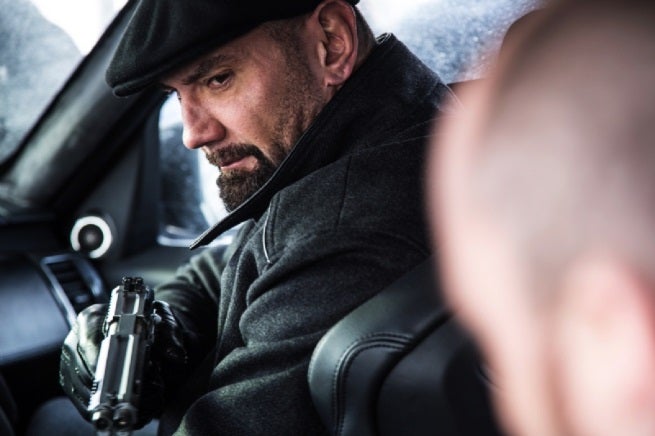 Two new images from the next James Bond film, SPECTRE, have been released online.

The images show our first look at Dave Bautista as the villainous henchman Mr. Hinx.

"When I came over to meet Sam [Mendes], I only asked two questions," Bautistsa tells Empire, recalling his first meeting with the director. "I asked him if Mr. Hinx was a badass. He said, 'Yes, he's a bada ss.' I said, 'Well, is Mr. Hinx intelligent?' He said, 'Very.' That's what I like about Mr. Hinx. He's very well-dressed and very well-mannered. I'm not just here to fight people. He has a sense of humor.

“He definitely knows what a metaphor is,” Bautista added, referencing the complete literalism of his Guardians of the Galaxy, Drax.

Another shows us Lea Seydoux as Dr. Madeleine Swann. See it in the gallery below.

First Look At Dave Bautista As Mr. Hinx In SPECTRE