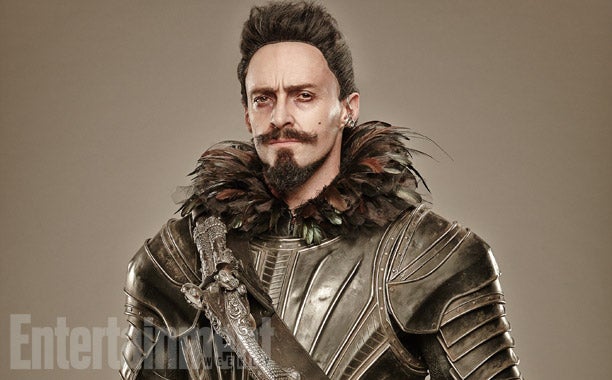 Warner Bros. has released the first images of Hugh Jackman as Blackbeard in Pan, the Peter Pan origin film (via Entertainment Weekly).

In the prequel, Blackbeard is the captain of a flying ship that has been kidnapping orphans of war. One of these orphans is a boy named Peter, played by Levi Miller, who will, someday, become Neverland’s hero. Meanwhile, the man who will one day become Captain Hook, played by Garrett Hedlund, is descibred as a “dashing Indiana Jones-like figure.”

Check out more images from Pan in the gallery below. Pan opens July 17, 2015.