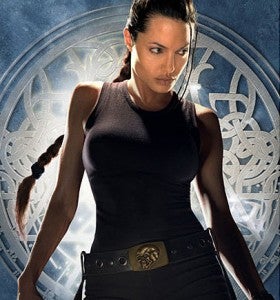 With the recent announcement of a 'Tomb Raider' reboot, the casting rumors have started to fly. Megan Fox, the lovely starlet of the 'Transformers' Franchise, appears to be the leading candidate for the Lara Croft job. We think there are at least five other women that should get a shot over Fox. Why? For starters, Megan will only be the 'it' girl for so long. By the time another Tomb Raider comes around, will Megan still draw crowds? In addition, she has no less than 6 films on her docket. She's probably booked for the next two years. We're guessing the producers will want to shoot prior to that. Lastly, she will have her fill of comic book/geek movies. Two Transformers movies, 'Jonah Hex', and 'Fathom.' Don't we need to give someone else a shot at the genre? Here are our choices for the new Lara Croft. Note that producer Dan Lin said "it's a great origin story we're going to tell, very character orientated, more realistic than the previous films and very character driven." That means someone that is young and can act. Mila Kunis [caption id="attachment_2525" align="aligncenter" width="182" caption="Mila Kunis-Credit: Stuff Magazine"] 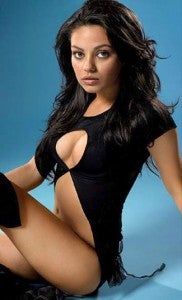 [/caption] Why her: She's super hot, yet has that pissed off look about her at times. You get the feeling that she could whip some ass if needed. The fanboys know and love her. She's been in everything from 'Robot Chicken' to 'Max Payne.' The upcoming film 'The Book of Eli' will make her a star, so Lin and company should lock her down--and now. Blake Lively [caption id="attachment_2526" align="aligncenter" width="225" caption="Blake Lively-Credit: Snagwiremedia"] 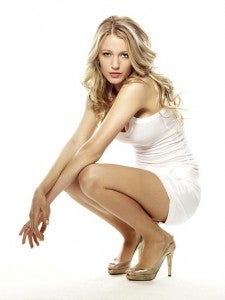 [/caption] Why her: Don't you just want to see those legs kicking the hell out of some bad guy? She's young and can act. Just the type of person you want for a reboot. Olivia Munn [caption id="attachment_2527" align="aligncenter" width="188" caption="Olivia Munn"] 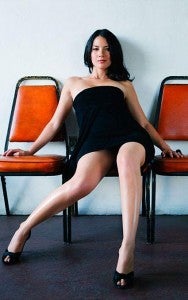 [/caption] Why her: Sure, at first glance, the host of 'Attack of the Show' might be a stretch. But hear us out. She certainly looks the part. There are millions of fans that love her, and they would flock to the theater in droves. Plus, she would bring a sense of realism to the character. She isn't super hot, but she's attractive. She's real--not untouchable. Deanna Russo [caption id="attachment_2528" align="aligncenter" width="263" caption="Deanna Russo-Credit: Maxim"] 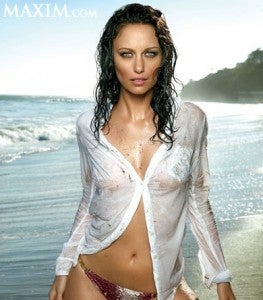 [/caption] Why her: The oldest of this group at 29, we think she could still pull off an origins tale. Anyone that has seen 'Knight Rider' knows that Russo would be a fantastic fit for the part. Looks, mannerisms, and she can act. Evan Rachel Wood [caption id="attachment_2529" align="aligncenter" width="300" caption="Evan Rachel Wood"] 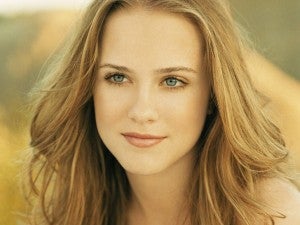 [/caption] Why her: She can flat out act. She's a looker. And she's young, which certainly fits the storyline. Plus she'll be in the upcoming 'Spider-Man' musical on Broadway. Her biggest problem is that she isn't well known, but if Lin wants something that is character driven, Wood is his girl. WILD CARD Kirsten Dunst [caption id="attachment_2530" align="aligncenter" width="187" caption="Kirsten Dunst"] 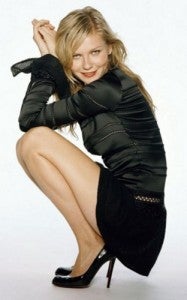 [/caption] Why her: With the ongoing rumors that Dunst won't be involved in 'Spider-Man 4', Dunst might have an opening on her schedule for a summer blockbuster. She's incredibly popular across all demographics, and the fanboys (and girls) have a fond place in their hearts for her. She has the acting chops, and with some kickboxing lessons and a gun instructor (no sideways shooting, please), Dunst could give the role a heck of a run. So what do you think? Agree or disagree with our choices? Is there someone else out there that is a better fit?