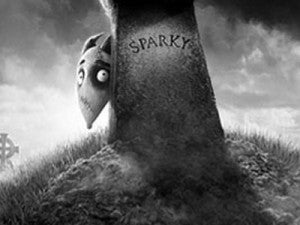 A remake of his 1984 short film by the same name, the story revolves around a boy whose dog dies, and who uses a Frankenstein-like machine to resurrect his best friend. The film was shot in black and white and in 3D.

Starring Winona Ryder, Martin Short, Catherine O'Hara and Martin Landau, the film uses over 200 puppets and will be the first stop-motion animated feature that Burton has directed since his Academy Award nominee The Corpse Bride.

Check out the images below and let us know what you think.