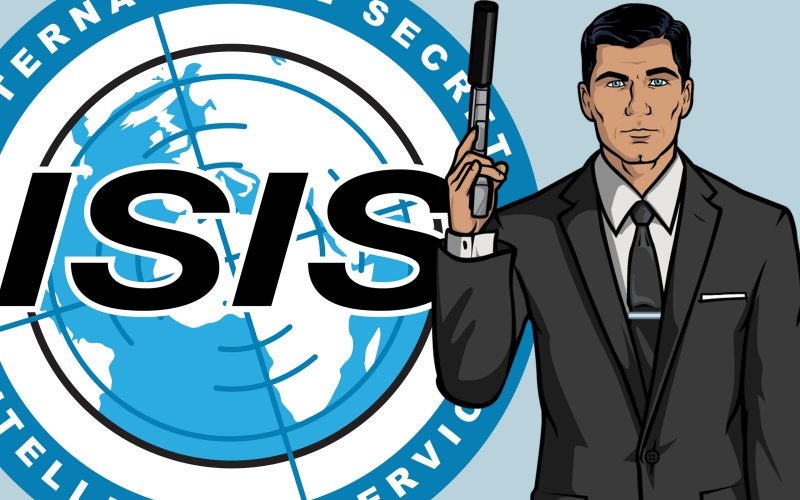 ISIS, the International Secret Intelligence Service who has been at the heart of Archer for most of its five-season run, will be removed from the hit animated comedy going forward since the real-world terrorist group by the same name is creating unwelcome attention for the show.

The series premiere of the new season will not address the issue directly in dialogue, with the only concession to the "old days" being that two workmen will reportedly wheel away a sign with an ISIS logo on it early in the episode.

“We quietly did,” series creator Adam Reed told The Daily Beast. “We were waiting for it to go away—at least I was. Back in Season 5, FX said, ‘This might be a thing,’ and I thought, ‘Maybe it won’t be? Maybe it’ll be the mole that I’m gonna ignore and nothing will happen.’ We got sort of lucky and could organically make a merger with the CIA, so we went back and retroactively painted out the ISIS logos in parts of the show, and we just don’t talk about it in dialogue.”

Producers acknowledged that he knew some fans will likely wish they'd dealt with the issue in-story, saying that it's what the South Park writers would do, but that such a thing didn't fit ino the universe they'd established on Archer.

“We won’t say ISIS anymore, and the only visual representation of it will be that sign rolling off the show,” said executive producer Matt Thompson. “It’s just the most awful thing, and we didn’t want to have anything to do with it. There were people online saying that we should address it and say, ‘Oh, I can’t believe these guys have co-opted our name.’ That’s the way South Park would do it, coming after them and saying, ‘These assholes stole our name,’ but that’s not the way the Archer universe works, where it’s all our own creations. In our universe, they don’t exist.”

The series returns in January.