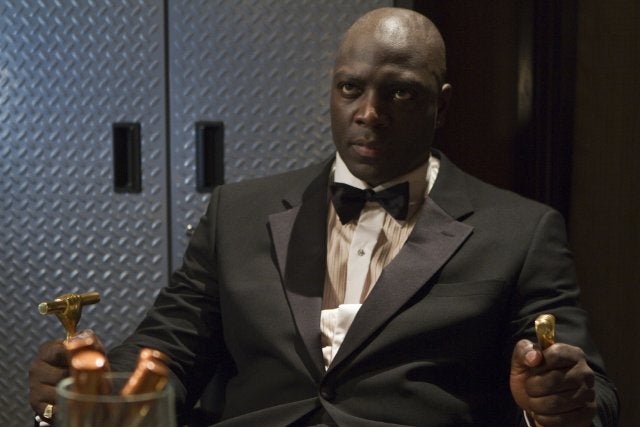 Thor: The Dark World villain Adewale Akinnuoye-Agbaje has been cast in the upcoming, fifth season of HBO's Game of Thrones in a role that's said to have been created for the TV series, and not drawn from George R.R. Martin's book series.

According to The Hollywood Reporter, details of the role are being kept under wraps but he is said to be named Malko.

Besides Thor: The Dark World, in which he played Kurse, Akinnuoye-Agbaje appeared on the long-running ABC drama Lost as Mr. Eko. He also played one of the villains in the Walter Hill-directed comic book adaptation Bullet to the Head.

"It was a really enjoyable process to work alongside Walter Hill and Stallone because they were very keen to develop a multi-layered and textured character," the actor told ComicBook.com at the time. "Certainly with Morel, they were not interested in a stereotype which is why I think they cast me. We made the character originally African who moved to America –- and we made him a cripple, which automatically gives him multi-layered dimensions. I think that’s what they were looking for in a high-impact action film. When you watch the movie, you’ll see even though there’s a lot going on with action and shooting, each character has his own true arc. You get to feel them within that ninety minutes, which I think is a real accomplishment for that genre."

The actor will also play a role in Jay Roach’s Trumbo, the story based on the life of blacklisted screenwriter Dalton Trumbo.