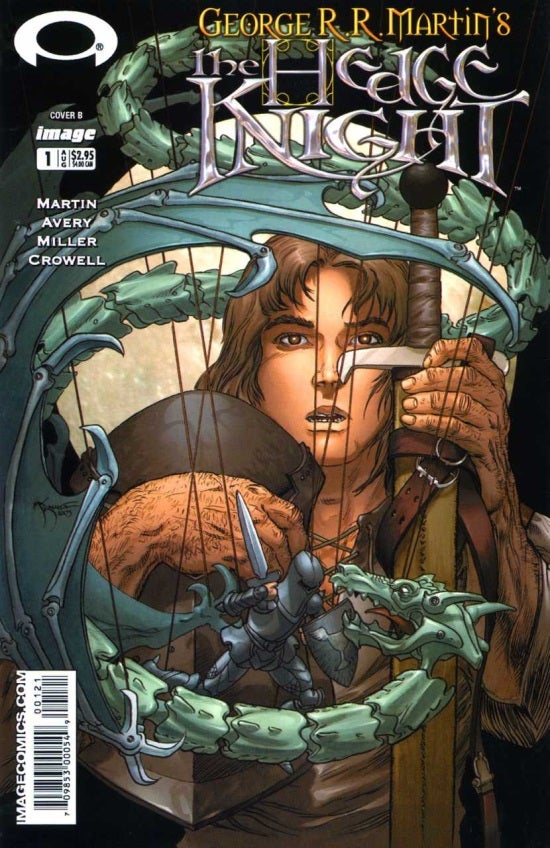 Showrunners David Benioff and Dan Weiss said that Game of Thrones would probably run for seven, maybe eight, seasons. However, George R.R. Martin, who created the A Song of Ice and Fire series that the show is based on, has hinted that bigger things may be in store.

"It all depends on how long the main series runs," Martin told The Hollywood Reporter at the Game of Thrones Season 4 premiere in New York. “Do we run for seven years? Do we run for eight? Do we run for 10? The books get bigger and bigger (in scope). It might need a feature to tie things up, something with a feature budget, like $100 million for two hours. Those dragons get real big, you know."

Martin’s comments about the cost of animating the dragons echoes a sentiment shared by Weiss and Benioff, who have said that trying to manage the increased budgetary strains of Game of Thrones Season 4 “nearly killed them.”

Even if a film isn’t used as a finale to the HBO television series, Martin is still considering adapting Tales of Dunk and Egg, a trilogy of prequel novellas beginning with The Hedge Knight, which follow a group of characters said to be ancestors of some of the major players in A Song of Ice and Fire. The series is set 90 years prior to Game of Thrones.

"They could be the basis for [a film]," Martin said. "I have written these three stories, and I have about a dozen more."

Game of Thrones: George R.R. Martin Teases The Possibility Of A Movie