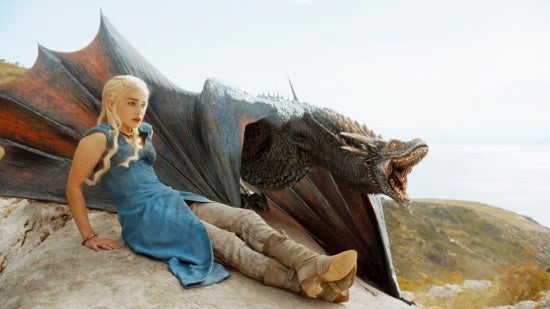 A new YouTube video mashes together the world of Game of Thrones with the music of Disney’s Frozen.

The video replaces the lyrics from Frozen’s Oscar-winning song “Let It Go” with lyrics relevant to Game of Thrones sung over a video montage of clips from episodes of Game of Thrones, including last week’s “The Lion and the Rose.” Here’s a sample from the chorus:

Be warned, there are spoilers in the video for anyone who hasn’t seen last week’s episode.

Game Of Thrones Gets Mashed Up With Disney's Frozen