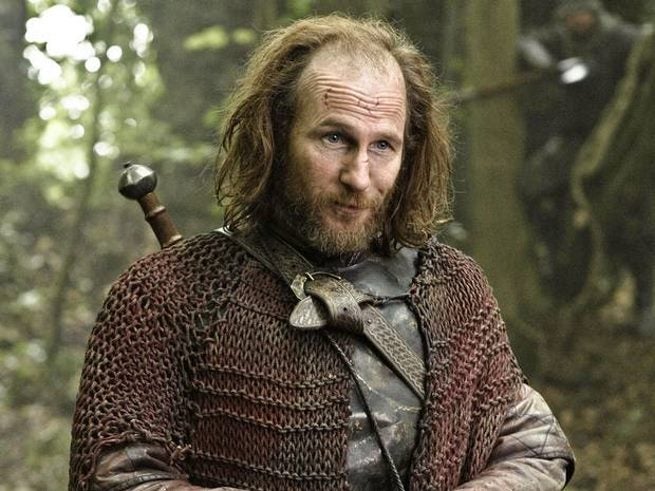 Paul Kaye, the British actor and comedian who plays Thoros of Myr on HBO’s Game of Thrones, has been cast as a guest star in the ninth series of Doctor Who, according to The Independent.

Kaye will play a character named Prentis, opposite Peter Capaldi’s Twelfth Doctor and Jenna Coleman’s Clara Oswald. While they don’t confirm, the independent suggests that Kaye may appear in the Series 9 premiere, “The Magician’s Apprentice.” The phonetic similarity between the name “Prentis” and the word “apprentice” would seem to hint at as much.

Kaye has allowed appear on the British television series Being Human and Ripper Street, and will play Viniculus in the upcoming television adaptation of Jonathan Strange & Mr. Norrell.

Kaye is hardly the first Game of Thrones actor to appear on Doctor Who. For example, Iain Glen, who plays Jorah Mormont in Game of Thrones, appeared in the Series 5 two-parter "Flesh and Stone/The Time of the Angels" as Octavian, and David Bradley, who plays Walder Frey, played Solomon in the Series 7 episode "Dinosaurs on a Spaceship."

Filming on the ninth series of Doctor Who has already begun, and the premiere will air later in 2015.