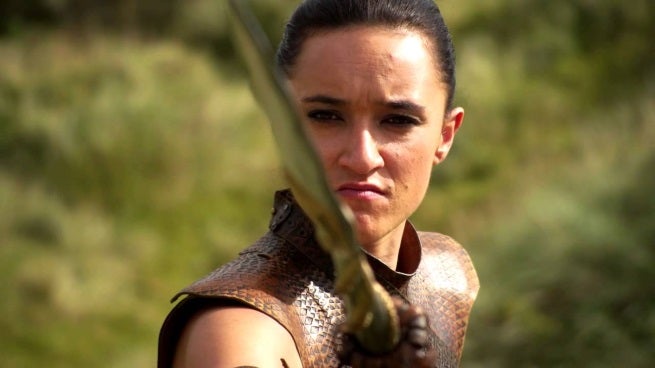 Game of Thrones has released a new video profiling the Sand Snakes, Oberyn Martell’s daughters who will be making their series debut in Season 5.

The video features interviews with the three actress who will portray the Sand Snakes: Keisha Castle-Hughes (Obara Sand), Jessica Henwick (Nymeria Sand), and Rosabell Laurenti Sellers (Tyene Sand). The actresses discuss the Sand Snakes’ relationship, their goals, and their means of obtaining, and promise big things from their characters in the new season.