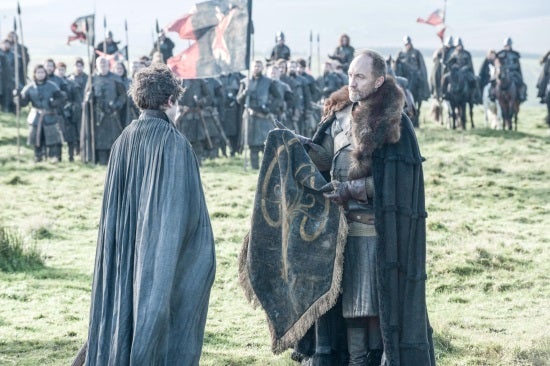 Last night’s episode of Game of Thrones, “The Mountain and the Viper,” was seen by 7.2 million viewers, tying the series high ratings mark held jointly by previous Season 4 episodes “First of His Name” and “Mockingbird.”

Game of Thrones Season 4 has seen staggering ratings since the season premiere, which was the most watched episode of an HBO series since the series finale of the The Sopranos. The series has broken its own series record in ratings three times this season.

Next week’s episode, “The Watchers on the Wall,” is the season’s penultimate episode. Fans who have been watching the series since it began will know that is the episode when a season of Game of Thrones usually has its biggest moments, be it the beheading of Ned Stark, the Battle of Blackwater Bay, or the Red Wedding. Considering that, I wouldn’t be surprised if Game of Thrones matched or exceeded its series high ratings yet again.

Game Of Thrones The Mountain And The Viper Episode Draws 7.2 Million Viewers