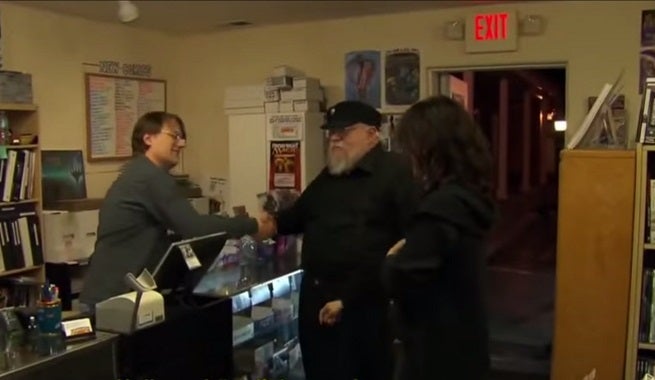 George R.R. Martin, author of A Game of Thrones, is a known fan of old school comics. He was the kind of fan that wrote letters that would appear in columns at the end of an issue. It’s no surprise then to see Martin visiting Big Adventures Comics in a video released online.

In a segment from a German television show, Martin is seen visiting his local comic shop with Sibel Kekilli, the actress who played Shae on Game of Thrones, at his side. In addition to checking out the comic book adaptations of his own work, Martin also recommends Brian K. Vaughan and Fiona Staple’s Saga and checks out some work by master cartoonist Will Eisner.