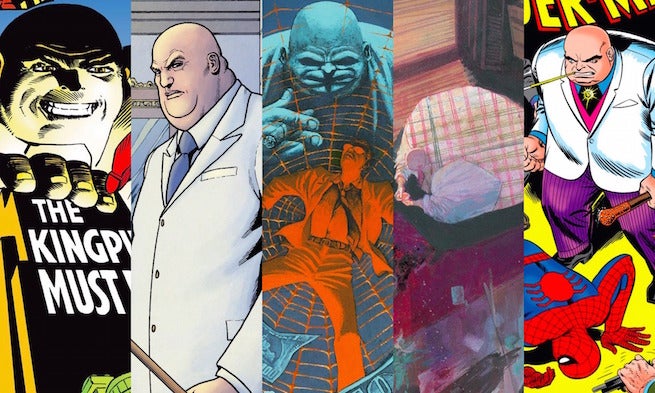 This Friday, TV's greatest mob boss since Tony Soprano will make his Marvel Cinematic Universe debut when Vincent D'Onofrio portrays the Kingpin on Netflix's Daredevil. Long celebrated as one of Marvel's heavy (both figuratively and literally) hitters, Wilson Fisk (don't let him hear you call him the Kingpin) has menaced street-level heroes like Daredevil, Spider-Man and the Punisher since his Silver Age debut. On top of being one of comics' largest characters, he's also held large roles in some of Marvel's most memorable stories. This list looks at Kingpin's 10 best tales, culling selections from all of the comic titles he's appeared in. 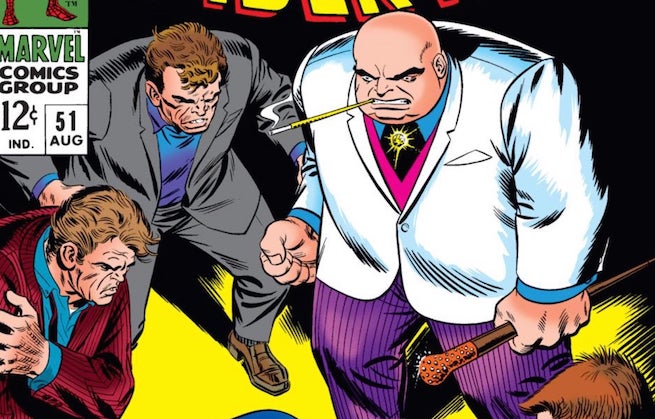 Years before he tormented the "Man Without Fear," Wilson Fisk was introduced as a Spider-Man rogue in this three-part story from Stan Lee and John Romita Sr. While some of Kingpin's core characteristics were on full display during this arc — his fighting prowess and surprising agility — his laser cane and over-complicated plots to kill Spider-Man also made him feel like corny Bond villain. This version of Kingpin also lacks the cunning ruthlessness that would later define the character. Still, this Silver Age yarn is a ton of fun as it established Fisk as a major force to be reckoned with. Plus, who doesn't want to see Spider-Man and J. Jonah Jameson fighting for their lives while tied to a chair together? 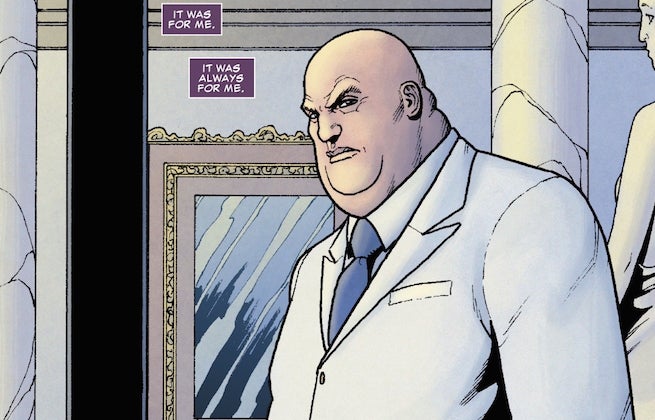 Not for the faint of heart or weak of stomach, Jason Aaron and Steve Dillon absolutely brutal and bloody take on Fisk's chronicles rise to power in the criminal underworld. Despite the unsettling amount of gore and senseless killing, Fisk's story is so riveting it relegates Frank Castle to secondary status in his own book. The series depicts Fisk a master manipulator who is completely unafraid to run over anyone — regardless of their relationship to him — who might curb his progression as the mythical "Kingpin" of the New York City underworld. This is also a Kingpin who doesn't mind getting his hands dirty … and boy does he have a lot of hand washing to do. 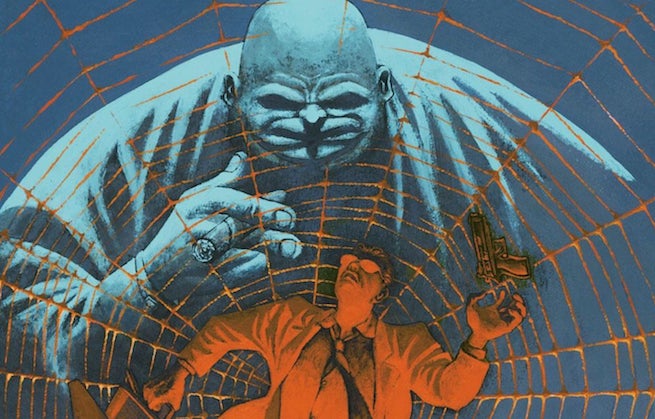 "With great power, there must also come great responsibility" apparently doesn't only apply to a certain web slinging superhero. In this one-shot story from Greg Rucka, Spider-Man's famous mantra is applied to the criminal underworld as one of Fisk's top henchmen botches a mission (thanks to Spidey) and is forced to face the music from his boss. In the comic's final moment of brutality, Fisk demonstrates that he too, is capable of using his great power responsibly when exhibiting his own twisted breed of compassion. 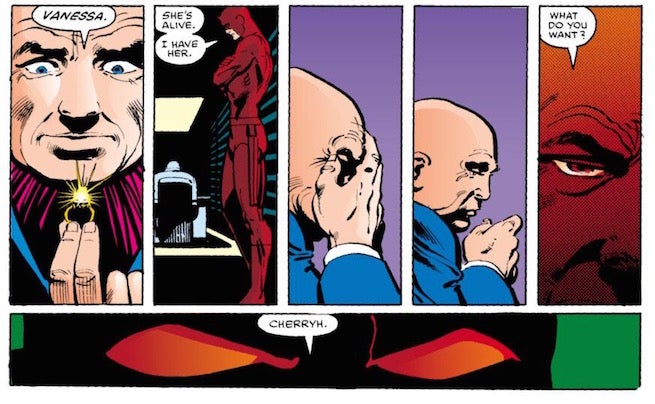 Kingpin's political ambitions are on full display in these three Frank Miller/Klaus Janson issues, which serve as the long-running "Elektra Saga's" final act. In it, Fisk cuts a deal with mayoral candidate Randolph Cherryh that would essentially give the Kingpin control of the city's highest office once the politico is presumably elected. It's up to Daredevil and Daily Bugle reporter Ben Urich to pound the pavement and expose Fisk and Cherryh corrupt deal. Kingpin might come across as a supporting player in these issues, but this is arguably the most famous comic book story he's ever taken part in. 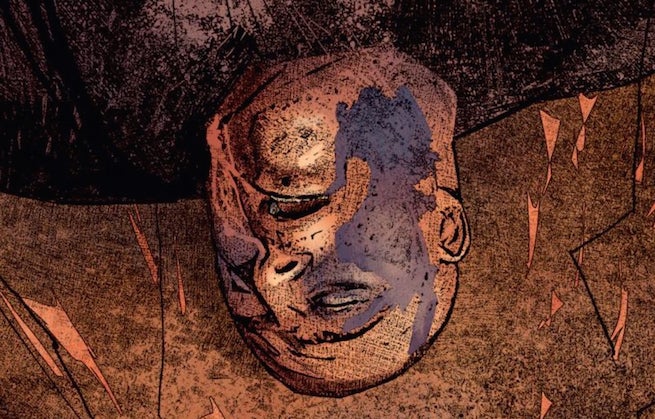 Daredevil and Kingpin's endless game of cat-and-mouse comes to a surprising head in this Brian Michael Bendis/Alex Maleev arc, which helped define the second half of their award-winning run on the book during the early 2000s. After surviving a failed assassination ploy, Fisk returns to Hell's Kitchen and immediately makes his play to become Kingpin of the underworld again. Daredevil, still reeling from Karen Page's death and the exposure of his secret identity, refuses to let Fisk reclaim his throne. Daredevil shockingly pummels Fisk in open public and declares himself the new "Kingpin" of Hell's Kitchen. It's the most physically vulnerable depiction of Fisk in his entire history. And the story results in huge consequences for both Daredevil and Fisk that ultimately pay off in Bendis' final Daredevil arc. 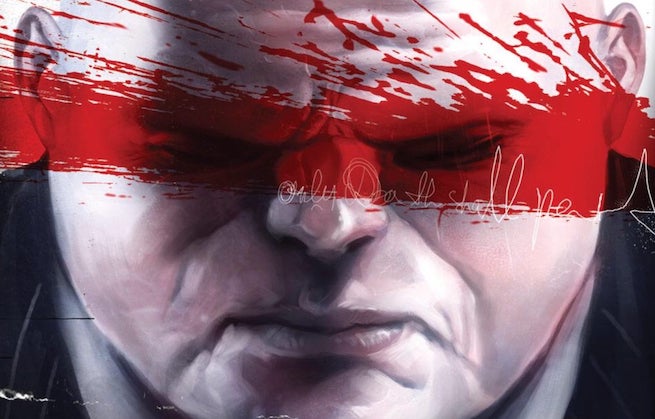 Part of what makes Fisk such an iconic villain is his cerebral brilliance and emotional complexity. It almost forces the reader to try seeing things through his warped criminal perspective. And when such a rich character is put him in the hands of a great writer like Ed Brubaker, magic happens. Case in point: the prologue issue to Brubaker's "Return of the King" arc from the late 2000s. "Return of the King" is a fun story in its own right, but this particular prequel issue exists in a class of its own. Kingpin is at his most sympathetic here, and when the character is pushed hard enough by his enemies to get back into the criminal racket, the reader can only pump a fist in support of the big guy. The king is back, baby. Too bad that results in some bad, bad news for Daredevil. 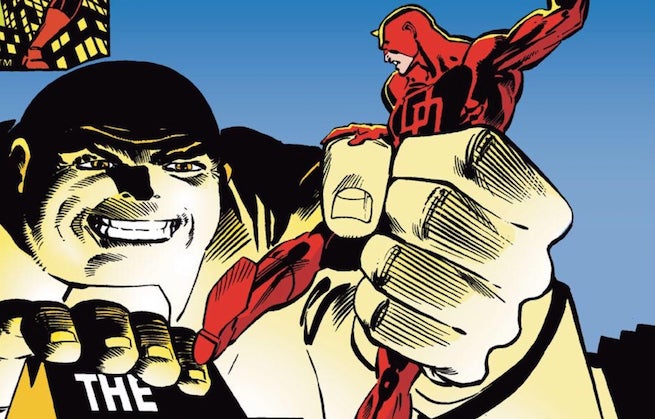 An early entry in the Miller/Jansen era, this storyline formally introduces Kingpin into Daredevil's world. The transition seems pretty obvious in retrospect, but was actually quite revolutionary when it first occurred. Frank Miller immediately put his signature stamp on the character, depicting Fisk as a brilliant strategist capable of not just handling costumed vigilantes, but rebuilding his stranglehold on the underworld at the same time. Daredevil posits that Fisk is not a man to be trifled with, igniting the modern rivalry that has defined their dynamic. 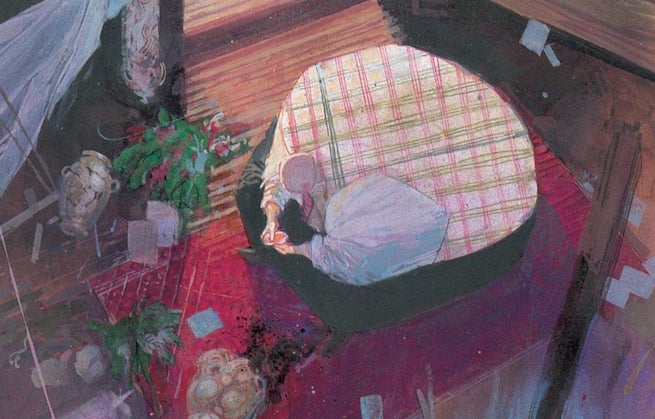 Frank Miller and illustrator Bill Sienkiewicz unite on this original graphic novel that examines Fisk's complex relationship with his wife Vanessa. Sienkiewicz's pencils lend an almost dreamlike quality to Love and War, while Miller manages to capture both Fisk's most brutal and tender qualities in one fell swoop. This is a character who does some very bad things--but in the name of love. Fisk is portrayed as so complex, so nuanced, of a character that the reader is forced to sympathize with him by the story's end. 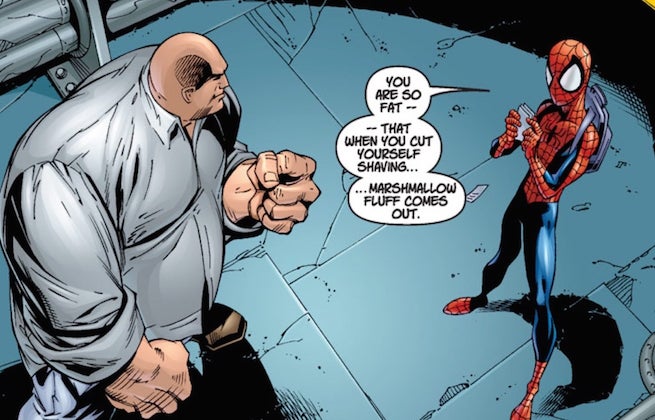 Brian Michael Bendis cements his modern era mastery over the big man by crafting this gem of a story set in Marvel's Ultimate Universe — using the Kingpin's rise as a means to help a teenage Peter Parker become a better superhero. Ultimate Kingpin is depicted as far more legit criminal than his 616 counterpart, throwing big social gatherings and controlling stakes in official businesses like the Daily Bugle newspaper. But a crook is a crook, and when Spidey attempts to expose Fisk for being the criminal that he is, the Kingpin is ultimately defeated by his own hubris. This storyline also features one of the funniest scenes in Spider-Man history when Spidey taunts Fisk with a list of "you're so fat jokes."

Not only the greatest Kingpin story of all time, but also the greatest Daredevil arc. Frank Miller's magnum opus is put into motion when Fisk discovers Daredevil's secret identity, and systematically destroys Matt Murdock by ruining his personal and professional life. With Daredevil out of the way, Kingpin's true ambition is revealed — to gain acceptance as a legitimate businessman and social elitist from the general public. It's simultaneously a shocking and logical character turn for someone of Fisk's ilk — a man who has killed and destroyed plenty, and now just wants to rub elbows and reap respect for who he is, not for what his actions against his enemies. The wish also sets up "Born Again's" dramatic final chapter when Daredevil resurfaces. After having a taste of underworld utopia, Fisks goes a step too far in preventing his arch-rival's return to power.

What are your favorite Kingpin stories? Sound off in the comments below!

Good to Be the King: 10 Greatest Kingpin Stories