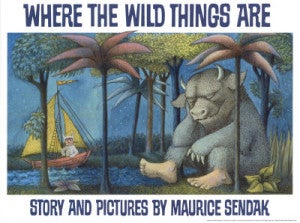 Google today switched their logo to celebrate what would be the 85th birthday of celebrated author and artist Maurice Sendak. As the logo moves and evolves you see abbreviated versions of several of his books - the first being Where the Wild Things Are then In the Night Kitchen, and finally Bumble-Ardy. Maurice was born in 1928 in Brooklyn, NY - his books were influenced heavily by the loss of many family members during the Holocaust. He passed away last year at the age of 84 - but not before he had a hilarious episode of the Colbert Report where he advised Stephen Colbert on his children's book about a flag pole giving him the promotional blurb "The sad thing is, I like it!" Previous Google celebrations included Hitchhikers Guide to the Galaxy author Douglas Adams.

James Gunn Reveals Whether He Has Any Control Over DC's Comics