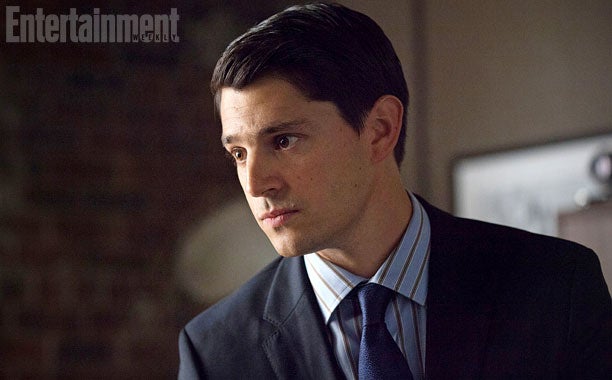 Just ahead of tonight's screening of DC Entertainment's Arrow, Warner Bros. Television and Entertainment Weekly have released a first (official) look at Harvey Dent on Gotham.

Of course, DC All Access inadvertently provided one a while back, but that's a whole other conversation.

In Gotham, Dent is played by Heroes alum Nicholas D’Agosto.

EW reminds us that Dent is described as a “bright, charming, idealistic Assistant District Attorney whose sole mission is to eradicate the crime and corruption that has poisoned Gotham. Handsome, warm, and engaging, Dent is appealing, energetic, and full of light and life, even while taking on the worst Gotham has to offer. Although he will one day serve as the white knight Gotham needs so badly, Harvey Dent also gives us a fleeting glimpse of the hideous villain he will become — Two-Face.”