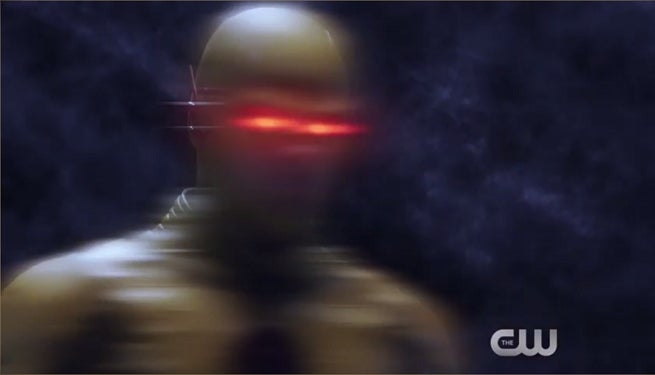 The Flash star Grant Gustin is promising fans a big twist for the end of the show's first season...and it's connected to the Reverse Flash.

There's "still more to find out" about the Reverse Flash reveal that will shock audiences, Gustin told Entertainment Weekly. "There's a big twist that even surprised me. I've seen all the predictions online. No one has predicted the big twist that's coming at the end of this season."

It stands to reason that they've let Gustin loose to talk about this to build up some momentum and enthusiasm for the end of the first season -- especially because with the show now officially renewed for a second season, there's nothing to indicate that such a cliffhanger wouldn't have payoff.

Of course, it's often said that "I've read all the theories online and none of them are right." Danai Gurira was quoted as saying this near the end of The Walking Dead's fourth season...you know, the one that ended with Terminus being bad news and its inhabitants being cannibals, just like everyone guessed all season long.