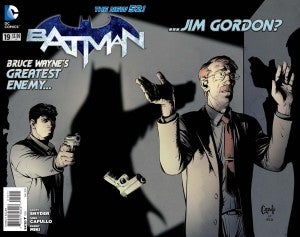 When Man of Steel hit theaters, there was some controversy around the idea that Lois Lane would be able to figure out who Superman was so quickly.

While some loved the idea, thinking that it made Lois more Superman's intellectual equal and made the whole relationship more plausible, there were those who insisted that the comics weren't broken and didn't need to be fixed.

“I think it’s essential,” the film's star, Henry Cavill, said of Lois’s discovery. “Because if we’re trying to base it reality, there’s no way that Lois has these direct interactions with Superman, and then doesn’t recognize Clark sitting next to her in the office. If she falls in love with Superman, and she’s ignoring a guy who looks just like Superman, behaves just like him, and has the same kind of mannerisms and behavior, then what does that say about Lois? I like this relationship. She saves him just as much as he saves her.” 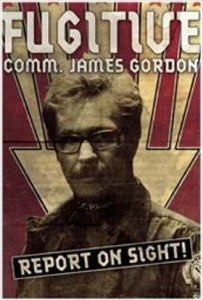 What's all of this have to do with Batman? Well, in the finale of Grant Morrison's long run on Batman, which hit stores yesterday, the writer played a little bit with a similar concept, and one that came up in discussions abous Lois: What about Commissioner Gordon?

Sure, Lois Lane is a Pulitzer Prize-winning investigative journalist, but Jim Gordon is the commissioner of police in the most dangerous city in the DC Universe. If it's "essential" that Lois know who Superman is lest she be a walking punchline, what about Gordon?

It's a line that many writers, including Morrison, have walked right up to over the years, but never crossed. And the New York Post asked him about it today.

"I think it should never be crossed. But in my mind, yeah, of course…it’s Jim Gordon," Morrison said. "Of course he knows. He’s known since the very beginning."