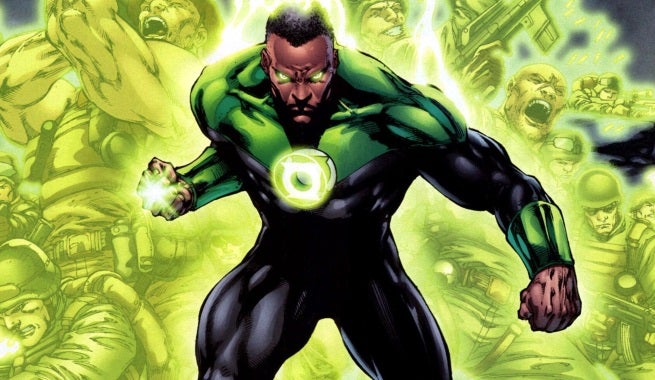 The report comes from the latest episode of Meet the Movie Press.

Stewart debuted in the early 1970s as a replacement Lantern, backing up Hal Jordan and Guy Gardner. He’s been a member of the Green Lantern Corps since then, and was the Green Lantern used in the animated Justice League and Justice League Unlimited series, which made him the definitive Lantern for many who grew up watching those series. Stewart is an architect and ex-Marine who has a much more rigid personality and worldview than the cocksure and, at times, arrogant Jordan.

Jordan, played by Ryan Reynolds, was the lead character of the much maligned 2011 Green Lantern movie. Casting the African-American Stewart as the lead in the new film would both distance the reboot from its predecessor, and add some more diversity to the Justice League’s movie lineup.

Green Lantern is currently scheduled for theatrical release on June 19, 2020.

Green Lantern Movie Will Reportedly Have John Stewart As Lead