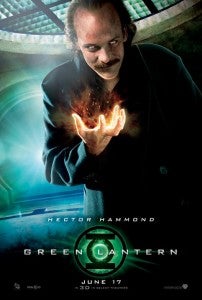 It's time for Hector Hammond to share some screen time with RoboCop. Green Lantern villain Peter Sarsgaard has joined the cast of AMC's cult hit drama The Killing, where he'll star opposite Joel Kinnaman, the star of the upcoming Jose Padilha-directed RoboCop remake, who plays one of the two series leads. Sarsgaard will play Tom Seward, a death row inmate for whom time is running out. A life-long convict born into poverty and crime, Seward's been in and out of the system for violent crimes since he was ten years old. Wristcutters actress Amy Seimetz has also been cast as the missing girl's mother. The two will star alongside Kinnaman, Mireille Enos, Elias Koteas, Max Fowler and Bex Taylor-Klaus. The series, which was cancelled after last year's finale, recently negotiated a return to AMC for a third season.